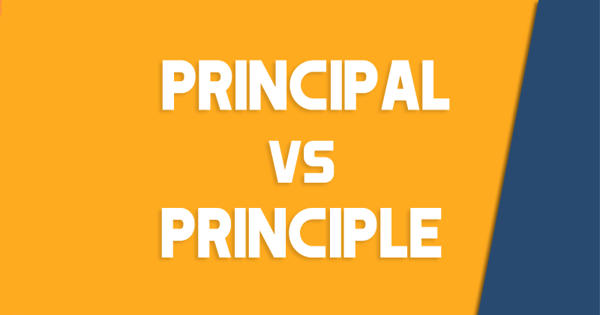 Difference between Principal and Principle

Principal and principle are another set of homophones, which, despite sounding identical in their pronunciation, have completely different meanings. There are many words in English that not only look alike but also sound alike and one such pair of words is ‘Principal and Principle’. Principal, means the main element, the senior-most person in an organization. A principal is the headmaster of a school or a person who’s in charge of certain things in a company. On the contrary, Principle implies the primary belief of fundamental importance that governs the life of an individual or acts as a rule on which something operates. A principle is a rule, a law, a guideline, or a fact. The principal can be used as a noun or an adjective. Conversely, the word principle is a noun. Nevertheless, these two words are not similar in their meaning, but as they are homonyms, people commonly use them interchangeably which is wrong.

Difference between Principal and Principle