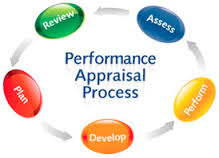 These are described below—

The graphic rating scale is the simplest and most popular technique for appraising performance. Graphic rating scale is a scale that lists a number of traits and a range of performance for each. The employee is then rated by identifying the score that best describes his or her level of performance for each trait. The main advantage of this method is it provides a quantitative rating for each employee. On the other side, halo effect, central tendency and also other things make an unclear sense of the result.

Ranking employees from best to worst on a trait or traits is the alternation ranking method. This is easier to distinguish between the worst and best employees that to rank them. The main advantages of this method are it avoids central tendency and other problems that occur in the graphic rating scale. But it has also some limitation. It can cause disagreements among employees and may be unfair if all employees are, in fact, excellent.

The forced distribution method is similar to grading on a curve. With this method, predetermined percentages of rates are placed in performance categories. For example, one may decide to discuss employees as follows—

This method refers to keep a record of uncommonly good or undesirable examples of an employee’s work-related behavior and reviewing it with the employee at predetermined times. This method can always be used to supplement another appraisal technique and in that role it has several advantages. These are—

There are also some advantages of this method. These are—

The Management by Objectives (MBO) Method:

Management by objectives involves setting specific measurable goals with each employee and then periodically reviewing the progress made. The term MBO almost always refers to a comprehensive organizaionwide goal-setting and appraisal program that consists of six main step—