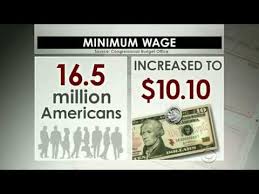 There are two major kinds of wage and salary payment plans. These are time plan and incentive plans. These two types also take many forms.

According to time plan remuneration does not vary with output or quality of output. Instead they are computed in terms of some time unit. The payment is not conditional to the output.  Wages are not linked to productivity. The time unit may be hour, day, week or month.

This system is very popular among white-collar employees. Year-end annual increment, merit increments, bonus and promotion chances are means of motivation in this system.

Time plans are non-incentive in the sense that earnings during a given time period do not vary with the productivity of an employee during the time period.

The second category is composed of incentive plans or those in which remuneration depends on output or some other measure of productivity during a given time period.   To earn more, an employee must expend effort to produce more, to sell more or to reduce cost, or to utilize various resources more effectively, as the case may be.

It is easy to compute and to understand. Most unions also prefer it because the plan does not stimulate speedups or penalize the average worker.  And under it, quality is not sacrificed because it does not stimulate workers to concentrate on production alone. Its main disadvantage is its lack of motivation. Pay is not related to effort or output but merely to the time spent at work. By prolonging the work, the employees can obtain overtime pay.

Time plans may take two forms: day work and measured day work. Day work refers to all time – payment plans used in paying workers, although the hour is the time unit most commonly employed. Wages are computed under it by multiplying the numbers of hours worked by the rate per hour. .

Measured day work overcomes the demerits of day work and gains its advantages. Under this system, employees are paid under the day work system, but hourly rates are revised periodically in accordance with measures of their overall qualifications. The advantage of this plan is that wages may be easily computed; yet employees are provided with a motive for improving their performance. Moreover, earnings are not dependent upon one factor, such as output, but are affected by quality of output, dependability, and versatility.

The major types of incentive plans are piecework, timesaving plan, efficiency bonus plans, and profit sharing plans. Let us now briefly describe each of them.

The most widely used incentive plan is piecework. Under this plan, the number of pieces or units of work that are completed determine wages. Each piece is given a prescribed value, which is known as piece rate. Rates are set by time study and past experience on similar jobs. It is designed to provide workers with an incentive to increase output. Needless to say, they will only succeed in this aim if workers are convinced and motivated by the prospect of increase pay.  It is only appropriate when:

It is one of the oldest incentive plans. Under it, an employee is paid for the time actually spent on a task plus a bonus based on a percentage of the time saved under the time set for the tasks worked on. Under this plan, the following formula is used:

Thus if a worker whose rate was $5 an hour took 8 hours on a job on which the standard allowance was12 hours, and the percentage was 75, earning would be:

The bonus percentage is usually set between 75% and 100.

An employee is paid for the time actually spent on assigned tasks plus a bonus based on personal efficiency on those tasks. This plan calls for establishing a table of values for increasing degree of efficiency. For each job a standard time allowance is established. At the end of each week, each worker’s efficiency is derived by dividing the time allowed on various jobs by the time taken. To the base wage is then added a percentage for relative efficiency.  For example, a worker who took 40 hours to complete jobs on which the allowance was 36 hours, and whose hourly rate was $ 5, would be paid $115, computed as follows:

A final group of plans related to compensation is characterized by some form of sharing in profits or revenues the primary objectives of profit sharing plan are to improve productivity, recruit or retain employees, improve product or service quality, and improve employee morale. The plans ` include:

As the name suggests, profit sharing involves the employee receiving a share of the company’s profits. Employees receive a bonus that is normally based on some percentage (e.g., 10 to 30 percent) of the company’s profit. The employee’s basic pay is unaffected. Sharing profits with employees has been used as a means of incentive compensation. Firms use it for one or more of the following reasons: to build a group incentive for increased productivity and better employee relations, to institute a flexible reward structure that reflects a company’s actual economic position, to enhance employees’ security and identification with the company, to attract and retain workers more easily, and to educate individuals about the factors that underlie business success.  This plan will not work when there are no profits to divide.

Employee stock ownership plans (ESOPs) have become popular in business firms of USA and Japan (Miller and Christopher, 1987). About 10,000 U.S. firms now share ownership with more than 11 million employees.  The same is pursued by the few Bangladeshi business organizations, (i.e., Beximco Group and Singer Bangladesh Ltd). ESOPs enable employees to become owners or part owners of a company. Managers and workers see themselves as one group and the result is that everyone is highly committed and motivated (Klein, 1988). Employees tend to be most satisfied with stock ownership when the company established its ESOP for employee-centered reasons rather than for strategic reasons.

Generally, ESOPs are established for any of the following reasons:

Almost everyone loves the concept of employee ownership as a kind of people’s capitalism. It brings management and workers as partners.

As a way of borrowing money relatively inexpensively. A firm borrows money from a bank using its stock as collateral, places the stock in an employee stock ownership trust, and as the loan is repaid, distributes the stock at no cost to employees.

As an additional employee benefit.

As a part owner, workers have a lot to say about their areas of expertise. They come up with ways to save money and improve productivity. In one survey of over 1100 ESOP companies, about 60% said productivity had increased, and 68% said financial performance was higher since converting to an ESOP (Gates, 1998).

However, the sharing also can be a disadvantage because employees may feel forced to join, thus placing their financial future a greater risk. Both their wages and financial benefits depend on the performance of the organization. ESOPs are not insured, and if a company goes bankrupt, its stock may be worthless.

It is necessary to have an adequate compensation program, which will attract and retain key people of superior caliber in the organization.  In addition, non-traditional compensation system can be used to motivate employee to improve their performance. Gain sharing, a non traditional system of compensation, in which employees throughout an organization are encouraged to become involved in solving problems and are then given bonuses tied to organisationwide performance improvements (Lawler, 1984). It is the sharing with employers of greater than expected gains in profits or productivity. It is important to distinguish gain sharing from profit sharing. Gain sharing is based on a measure of productivity. Profit sharing is based on profitability measure. Gain sharing, productivity measurement, and bonus payments are frequent events, distributed monthly or quarterly, in contrast to the annual measures and rewards of profit sharing plans.

The same can be applied in the business firms of Bangladesh. The primary objectives of gain sharing plans are to: improve productivity, recruit and retain qualified employees, improve product or service quality, and improve employee morale. Management must be willing to disclose financial and profit information to employees if they want to successfully implement this plan (Masternak, 1997).  Tyler and Fisher (1997) identify the following reasons for failure of gain sharing plan:

It is true of all incentive plans that, though, that none will work well except in a climate of trustworthy labor-management relations and sound human resources management practices. These issues are discussed next.

Skill-based pay is an alternative to job-based pay. Skill-bases pay can be introduced to encourage employee to acquire a variety of skills. Without proper incentive systems, few workers are willing to acquire necessary skills.  Employees will receive a pay increase for each new skill that they master. In such a learning environment, the more workers learn, the more they earn.  Under such a system, workers are paid not on the basis of the job they currently are doing but rather on the basis of the number of jobs they are capable of doing, or on their depth of knowledge. As Peters and Rudolf (1998) points out, “slowly but surely we are becoming a skilled based society where your market value is tied to what you can do and what your skill set is…

In this new world, where skills and knowledge are what really count. It does not make sense to treat people as jobholders. It makes sense to treat them as people with specific skills and to pay them for those skills”.

It is not easy to introduce skilled-based pay system. Part of the problem is that skills are not easy to measure in managerial jobs. Fair assessment and fair compensation, however, are essential to developing workers with a variety of intellectual skills.  It is of much importance to develop and introduce accurate performance appraisal systems. Focus on job-specific, results oriented criteria. Supervisors often resist performance appraisal (Casio, 1996). Few supervisors are trained in the art of giving feedback accurately, comfortably and with a minimum likelihood of creating other problems.  As a result many are afraid to make distinctions among workers- and they do not.

A number of studies have investigated the use and effectiveness of skilled-based pay. Employee with a variety of skills can easily handle any changes as mentioned earlier. Advocates of skill-based pay say that it can reduce staffing requirement, increase flexibility (because a single employee may have the skills to perform a variety of jobs), decrease overall labor cost and increase job satisfaction (Ingram, 1996). Downsizing requires more generalists and fewer specialists. A recent survey of 27 companies with such programs revealed that 70 to 88 percent reported higher job satisfaction, product quality, or productivity. Some 70 to 75 percent reported lower operating costs or reduced turnover (Rowland, 1998). Mastering several jobs will increase understanding and broaden perspectives. It facilitates communication across the organization because people gain a better understanding of other’s jobs. It lessens dysfunctional protection of territory behavior.  Such program also motivates flat-line employees who have little opportunity for promotions.   Multiskilling can be the key to developing a competitive edge and fight global competition.

What about the downside of skilled-based pay?  Skills can become obsolete. When this happens, what should managers do? Cut employee pay or continue to pay for skills that are no longer relevant? There is also the problem created by paying people for acquiring skills for which there may be no immediate need.  Tosi (1998) offers the following suggestions to make skilled-based pay system a success: