It’s possible that particles of light, also known as photons, could create fluid flow in certain circumstances. This idea is based on a theory known as photophoresis, which suggests that photons can exert a force on small particles suspended in a fluid, causing them to move in a particular direction.

A new computational analysis by theorists at the U.S. Department of Energy’s Brookhaven National Laboratory and Wayne State University supports the idea that photons (a.k.a. particles of light) colliding with heavy ions can create a fluid of “strongly interacting” particles.

They demonstrate that calculations defining such a system match up with data gathered by the ATLAS detector at Europe’s Large Hadron Collider (LHC) in a publication that was recently published in Physical Review Letters.

The estimates are based on the hydrodynamic particle flow observed in head-on collisions of different types of ions at both the LHC and the Relativistic Heavy Ion Collider (RHIC), a DOE Office of Science user facility for nuclear physics research at Brookhaven Lab, according to the publication.

These models also accurately predict the flow patterns observed in near-miss collisions, as photons from the cloud that surrounds the accelerating ions collide with the ions in the opposing beam.

“The upshot is that, using the same framework we use to describe lead-lead and proton-lead collisions, we can describe the data of these ultra-peripheral collisions where we have a photon colliding with a lead nucleus,” said Brookhaven Lab theorist Bjoern Schenke, a coauthor of the paper. “That tells you there’s a possibility that, in these photon-ion collisions, we create a small dense strongly interacting medium that is well described by hydrodynamics just like in the larger systems.”

The main proof that the larger collision systems gold-gold and proton-gold collisions at RHIC, as well as lead-lead and proton-lead collisions at the LHC create a nearly ideal fluid is the observation of particles flowing in distinctive ways. The massive pressure gradients formed by the numerous, strongly interacted particles produced where the colliding ions overlap were assumed to be the source of the flow patterns.

We had to set up special data collection techniques to pick out these unique collisions. After collecting enough data, we were surprised to find flow-like signals that were similar to those observed in lead-lead and proton-lead collisions, although they were a little smaller.

“By smashing these high-energy nuclei together we’re creating such high energy density compressing the kinetic energy of these guys into such a small space that this stuff essentially behaves like a fluid,” Schenke said.

It is anticipated that spherical particles, such as protons and nuclei, will collide head-on and produce a uniform pressure gradient. The pressure gradient created by partially overlapping collisions, however, is oblong and almond-shaped, which causes it to push out more high-energy particles than it does in a perpendicular direction.

One of the initial indications that particle collisions at RHIC would produce a quark-gluon plasma, or QGP, a heated soup of the fundamental constituents of protons and neutrons of nuclei/ions, was this “elliptic flow” pattern.

The QGP’s behavior initially shocked scientists since it resembled liquid. However, they went on to establish elliptic flow as a distinguishing characteristic of QGP and proof that quarks and gluons continued to interact strongly even when they were not constrained inside of individual protons and neutrons.

It is fascinating to speculate that these proton-nucleus collision systems can also produce minute specks of quark-gluon soup based on later findings of comparable flow patterns in collisions of protons with big nuclei.

“Our new paper is about pushing this to even further extremes, looking at collisions between photons and nuclei,” Schenke said.

It has long been understood that photon-nucleus interactions might be produced by ultra-peripheral collisions, with the photons coming from the nuclei. This is so because charged particles that have undergone high-energy acceleration, such as lead nuclei/ions at the LHC and gold ions at RHIC, generate electromagnetic waves and light particles. In essence, a cloud of photons surrounds each accelerated lead ion at the LHC.

“When two of these ions pass each other very closely without colliding, you can think of one as emitting a photon, which then hits the lead ion going the other way,” Schenke said. “Those events happen a lot; it’s easier for the ions to barely miss than to precisely hit one another!”

“We had to set up special data collection techniques to pick out these unique collisions,” said Blair Seidlitz, a Columbia University physicist who helped set up the ATLAS trigger system for the analysis when he was a graduate student at the University of Colorado, Boulder. “After collecting enough data, we were surprised to find flow-like signals that were similar to those observed in lead-lead and proton-lead collisions, although they were a little smaller.”

Schenke and his collaborators set out to see whether their theoretical calculations could accurately describe the particle flow patterns.

The particles created in lead-lead and proton-lead collision systems behaved in a manner described by the same hydrodynamic simulations that were utilized. However, they made a few modifications to take into consideration the proton-to-photon transition of the “projectile” that hit the lead nucleus.

A photon is capable of undergoing quantum fluctuations to transform into another particle with the same quantum numbers, according to the laws of physics, specifically quantum electrodynamics. One of the most likely outcomes of the photon fluctuations is a rho meson, a particle created by a certain pairing of quarks and antiquarks held together by gluons.

If you think back to the proton made of three quarks this two-quark rho particle is just a step down the complexity ladder.

In addition, the computations have to take into consideration the significant energy differential between these photon-nucleus collision systems and proton-lead and particularly lead-lead collision systems.

“The emitted photon that’s colliding with the lead won’t carry the entire momentum of the lead nucleus it came from, but only a tiny fraction of that. So, the collision energy will be much lower,” Schenke said.

That energy difference turned out to be even more important than the change of projectile.

No matter how far along the beamline you look from the collision point in the most intense lead-lead or gold-gold heavy ion collisions, the pattern of particles emerging in the plane transverse to the colliding beams (in the longitudinal direction) typically remains constant.

However, it became clear that integrating the 3D specifics of the longitudinal orientation made a difference when Schenke and associates predicted the patterns of particles anticipated to emerge from lower-energy photon-lead collisions. The model demonstrated that as longitudinal distance increases, the shape of the particle distributions rapidly changes; the particles “decorrelate.”

“The particles see different pressure gradients depending on their longitudinal position,” Schenke explained.

“So, for these low energy photon-lead collisions, it is important to run a full 3D hydrodynamic model (which is more computationally demanding) because the particle distribution changes more rapidly as you go out in the longitudinal direction,” he said.

“When the theorists compared their predictions using this lower-energy, full 3D, hydrodynamic model with the particle flow patterns observed in photon-lead collisions by the ATLAS detector, the data and theory matched up nicely, at least for the most obvious elliptic flow pattern,” Schenke said.

Implications and the future

“From this result, it looks like it’s conceivable that, even in photon-heavy ion collisions, we have a strongly interacting fluid that responds to the initial collision geometry, as described by hydrodynamics,” Schenke said. “If the energies and temperatures are high enough,” he added, “there will be a quark-gluon plasma.”

Seidlitz, the ATLAS physicist, commented, “It was very interesting to see these results suggesting the formation of a small droplet of quark-gluon plasma, as well as how this theoretical analysis offers concrete explanations as to why the flow signatures are a bit smaller in photon-lead collisions.”

More thorough analysis of the particles flowing from photon-nucleus collisions will be possible with the help of additional data that will be gathered by ATLAS and other experiments at RHIC and the LHC throughout the next years. These analyses will aid in separating the hydrodynamic calculation from a different explanation where the flow patterns aren’t due to the system’s reaction to the starting geometry.

In the longer-term future, experiments at an Electron-Ion Collider (EIC), a facility planned to replace RHIC sometime in the next decade at Brookhaven Lab, could provide more definitive conclusions.

While photophoresis is a well-established phenomenon, it is generally considered to be a weak force and is only significant for very small particles, such as those found in aerosols or colloids. It is unlikely to have any significant impact on macroscopic objects or on the flow of fluids on a larger scale. 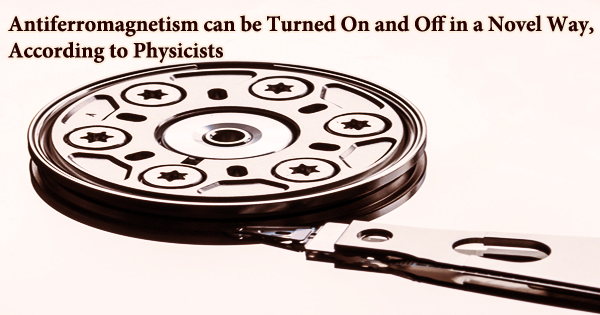 Antiferromagnetism can be Turned On and Off in a Novel Way, According to Physicists 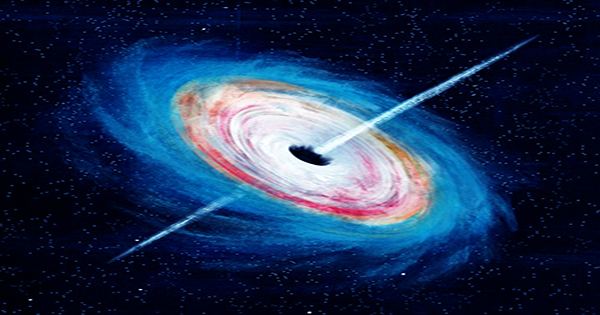