One of the most adored delicacies in the world, chocolate production is a multi-step process that starts with freshly harvested cocoa beans. For millennia, people have experimented with the production of chocolate, and new techniques are constantly being developed today.

Researchers have discovered that an alternative processing step called “moist incubation” produces dark chocolate that tastes fruitier and more floral than the traditional fermentation process. Their findings were published in the Journal of Agricultural and Food Chemistry of the American Chemical Society.

The cacao fruit’s cocoa beans are ground into a paste and used to make cocoa, a highly concentrated powder that is used in beverages and as a flavoring agent. The main component of chocolate and chocolate-based treats is cocoa.

After being collected, cocoa beans are customarily wrapped in banana leaves and left to ferment for a few days. Microbes in the surrounding environment break down the pulp that surrounds the beans at this time, heating and acidifying them.

As a result, the beans undergo biochemical changes that lessen bitterness and astringency while fostering the savory flavors and fragrances that are distinctive to chocolate.

The dried, unfermented cocoa nibs are rehydrated in an acidic solution, heated for 72 hours, and then dried again. This alternate, non-microbial method is known as wet incubation.

The process, which is quicker and easier to manage than fermentation, created odors in beans that were largely similar to those of fermentation. Researchers Ansgar Schlüter, Irene Chetschik, and others were interested in comparing the flavor and aroma of finished chocolate produced utilizing wet incubation against traditional fermentation.

The dried cocoa beans that were moistly incubated or fermented, as well as unfermented beans as a control, were used to make chocolate bars by the researchers. The moist incubated sample, according to the sensory panel, had stronger fruity, floral, malty, and caramel-like fragrances, whereas the fermented sample had stronger roasty aroma characteristics, and the bar prepared from unfermented beans had a scent that was mostly green.

The panelists thought the sample that had been moistly incubated was the sweetest, whereas the unfermented chocolate was the most tannic and bitter.

According to the researchers, moist incubation results in chocolate that has a good scent and flavor and can therefore be used as different postharvest treatment. The authors thank Zurich University of Applied Sciences for funding (ZHAW). 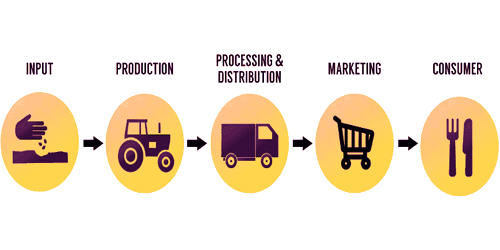