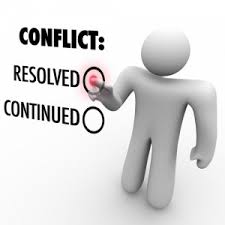 Conflict Management with an example of Real Life Conflicting Situation

The aim of this report is to discuss Conflict Management with an example of real life conflicting situation. We describe conflict as a variance through which the parties concerned perceive a hazard to their wants, interests or concerns. It’s human character to have conflicts and it arises for any number of reasons, including: Misunderstandings, Personality clashes, Disagreements about the right way to approach a problem and Egos. Here also focus on Stages of conflict: Intrapersonal, Interpersonal, Intragroup, Intergroup etc. Finally analysis on Types of Conflict: Relationship Conflicts, Data Conflicts, Interest Conflicts, Structural Conflicts, Value Conflicts .