Home Business Accounting What is Company? 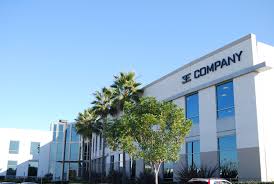 A voluntary association formed and organized to carry on a business. Types of companies include sole proprietorship, partnership, limited liability, corporation, and public limited company.

A Company is a voluntary association of person formed for the purpose of doing some business. A company is a juristic person (in the eyes of law it is a person). The company can sue and it can be sued. It has its own name and a separate legal entity, distinct from its members who constitute it. A company has its own property, the members (shareholders) can not claim the property of the company as their own property.

A society or association of persons, in considerable number, interested in a common object, and uniting themselves for the prosecution of some’commercial or industrial undertaking, or other legitimate business. Mills v. State. 23 Tex. 303; Smith v. Janesville, 52 Wis. 680, 9 N. W. 789. The proper signification of the word “company,” when applied to persons engaged in trade, denotes those united for the same purpose or in a joint concern. It is so commonly used in this sense, or as indicating a partnership, that few persons accustomed to purchase goods at shops, where they are sold by retail, would misapprehend that such was its meaning. Palmer v. Pinkham, 33 Me. 32. Joint stock companies. Joint stock companies are those having a joint stock or capital, which is divided into numerous transferable shares, or consists of transferable stock. Lindl. Partn. 6. The term Is not identical with “partnership,” although every unincorporated society is, in its legal relations, a partnership. In common use a distinction is made, the name “partnership” being reserved for business associations of a limited number of persons (usually not more than four or five) trading under a name composed of their individual names set out in succession; while “company” is appropriated as the designation of a society comprising a larger number of persons, with greater capital, and engaged in more extensive enterprises, and trading under a title not disclosing the names of the individuals. See Allen v. Long. SO Tex. 261, 16 S. W. 43, 26 Am. St. Rep. 735; Adams Exp. Co. v. Sehofield, 111 Ky. 832, 64 S. W. 903; Kossakowski v. People, 177 111. 563, 53 N. E. 115; In re Jones, 2S Misc. Rep. 356, 59 N. Y. Supp. 9S3; Attorney General v. Mercantile Marine Ins. Co., 121 Mass. 525. Sometimes the word is used to represent those members of a partnership whose names do not appear in the name of the firm.