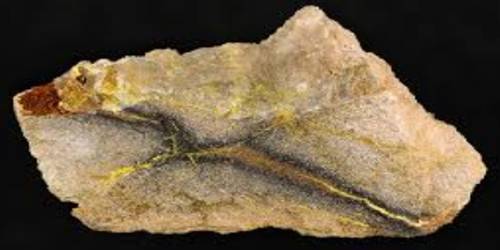 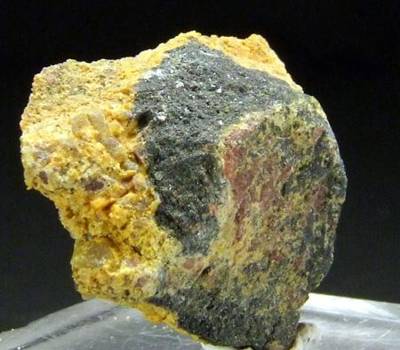 Initial examination of coffinite by Stieff et al. described the mineral as black in color with an adamantine luster, indistinguishable from uraninite (UO2). Initial samples showed a brittle texture and a hardness between 5 and 6, with a specific gravity of 5.1. It occurs as black incrustations, dark to pale-brown in thin section. It has a grayish-black streak. It has a brittle to conchoidal fracture. The hardness of coffinite is between 5 and 6.

Coffinite was first discovered in sedimentary uranium deposits in the Colorado Plateau region but has also been discovered in sedimentary uranium deposits and hydrothermal veins in many other locations. Samples of coffinite from the Colorado Plateau were found with black fine-grained low-valence vanadium minerals, uraninite, and finely dispersed black organic material. Other materials associated with later finds from the same region were clay and quartz.

It has widespread global occurrence in Colorado Plateau-type uranium ore deposits of uranium and vanadium. It replaces organic matter in sandstone and in hydrothermal vein type deposits. It occurs in association with uraninite, thorite, pyrite, marcasite, roscoelite, clay minerals and amorphous organic matter. 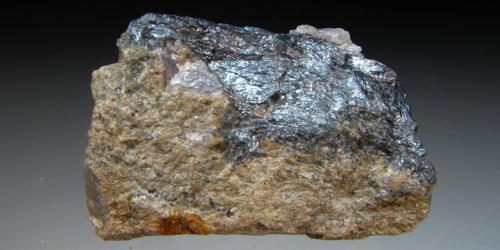 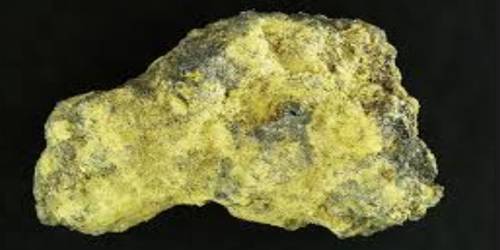 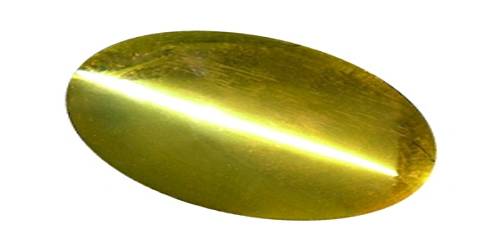 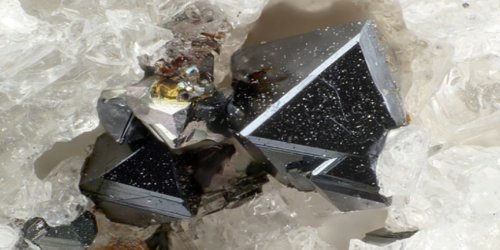