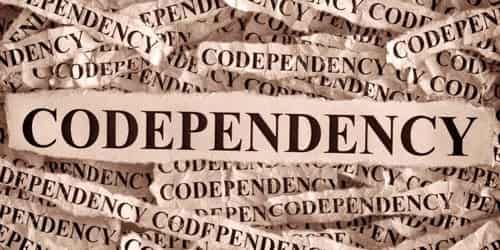 Codependency is a psychological condition that is manifested in a relationship. It is a controversial concept for a dysfunctional helping relationship where one person supports or enables another person’s addiction, poor mental health, immaturity, irresponsibility, or under-achievement. It was originally thought to involve families of substance abuse but has since grown to include other types of dysfunctional relationships.

The author, Melody Beattie’s definition is: a codependent person is one who has let another person’s behavior affect him or her, and who is obsessed with controlling that person’s behavior.

Melody Beattie is one of America’s most beloved self-help authors and a household name in addiction and recovery circles.  Her international bestselling book, Codependent No More, introduced the world to the term “codependency” in 1986.

The term “codependent” was first used to describe how family members of individuals with substance abuse issues might actually interfere with recovery by overhelping.” It was subsequently broadened to cover the way “that the codependent person is fixated on another person for approval, sustenance, and so on.” The concept of codependency overlaps with but developed in the mainstream independently from, the older psychoanalytic concept of the passive-dependent personality which is attaching oneself to a stronger personality.

Recovery, with regard to codependency, loosely describes the methods used in order to process and let go of pain from the past and present so that they can fully live their lives today. This can include attending twelve-step meetings, seeking private or other therapy, reading self-help books, inner reflection, and meditation and seeking out others who can identify with their experiences.

Sometimes an individual can, in attempts to recover from codependency, go from being overly passive or overly giving to being overly aggressive or excessively selfish. Many therapists maintain that finding a balance through healthy assertiveness (which leaves room for being a caring person and also engaging in healthy caring behavior) is true recovery from codependency and that becoming extremely selfish, a bully or an otherwise conflict-addicted person is not.

A twelve step program/organization/fellowship is one that bases its principles of recovery on the Twelve Steps of Alcoholics Anonymous. The three most common twelve-step programs that are pertinent to those dealing with codependency are: Codependents Anonymous (CoDA), Al-Anon and Al-Anon Adult Children of Alcoholics.