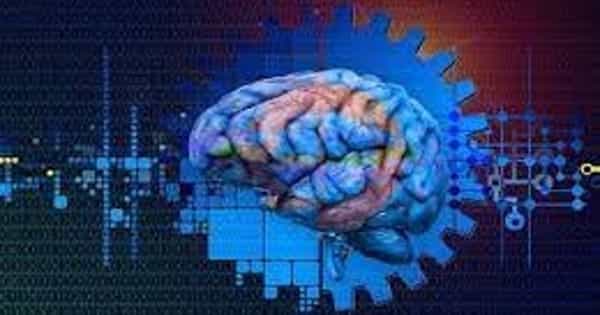 Scientists discovered in a rodent study that a part of the brain that was previously thought to control typing the old sequence may also play a critical role in learning the new one. According to the findings, this process involves a delicate balance in the activity of two neighboring neural circuits, one dedicated to new actions and the other to old habits.

Consider working on your computer and entering the same long password you’ve used to access your email for years. You almost unconsciously perform this sequence out of habit. But then, one day, you come across a shortcut. It’s faster, but you’ll have to learn and remember a new set of keystrokes.

Scientists at Mount Sinai’s Icahn School of Medicine discovered in a rodent study that a part of the brain traditionally thought to control typing the old sequence may also play a critical role in learning the new one. The findings, published in Nature Communications, suggest that this process involves a delicate balance in the activity of two neighboring neural circuits: one dedicated to new actions and the other to old habits.

“For many years, scientists assumed that different parts of the brain were in charge of habit formation and learning new, rewarding behaviors. Surprisingly, we discovered that a brain area thought to specialize in the expression of old habits may also aid the brain in learning new actions “Paul J. Kenny, Ph.D., Ward-Coleman Professor and Chair of Mount Sinai’s Nash Family Department of Neuroscience, and senior author of the paper, said, “Ultimately, we hope that these findings will provide new insights into the brain cells and circuits that underpin a variety of disorders characterized by abnormalities in how our actions are controlled, such as Parkinson’s disease and drug addiction.”

In a study of rodents, scientists discovered that a part of the brain traditionally thought to control typing the old sequence may also play a critical role in learning the new one.

The study was led by Alexander C. W. Smith, Ph.D., a Kenny lab instructor, and Sietse Jonkman, Ph.D., a former Mount Sinai postdoctoral fellow. When doing something, such as moving an object, results in a benefit, such as finding food or avoiding a foe, this is referred to as action learning. The researchers investigated the role of the striatum in this type of learning in this study. The striatum, which is located deep within the brain, is thought to be involved in movement and action control.

The researchers did this by testing the ability of hungry rodents to find food. The rodents were placed in a special cage on the first day of the experiment and trained to earn food by pressing a dispenser lever. When an experimental rodent pressed the lever, it received a food pellet, but control rodents did not. Two days later, the researchers put the rodents back into the special cage to test their learning. When the experimental rodents entered the cage, they pressed the lever vigorously even though it no longer delivered food, indicating that they had successfully learned the new action, whereas the control rodents would search all around and only press the lever a few times.

The researchers examined neural activity in the rodents’ brains at various points throughout the experiments. They discovered that neurons in specific areas of the striatum in experimental rodents were more active immediately after a training session than those in the control group. This was a time when the newly learned action’s memory was known to be stored, or encoded, in the brain for later use. This was most noticeable in the dorsolateral striatum, posterior dorsomedial striatum, and nucleus accumbens, indicating that these areas played a role in learning.

To put this to the test, the researchers injected anisomycin into each area, which prevents cells from producing the proteins needed for long-term memory storage. The drug was injected either immediately following a training session or six hours later, at a time when the new proteins needed for memory storage should have already been produced. Surprisingly, the researchers discovered that when the drug was injected into the dorsolateral striatum immediately after the training session, it only disrupted the animals’ ability to remember the new action. Any other injections had no effect on learning.

This hypothesis was supported by additional experiments. For example, chemically inhibiting the activity of neurons in the dorsolateral striatum shortly after a training session prevented the rodents from remembering how to use the lever to retrieve food.

Finally, when the researchers looked into this further, they discovered that learning could be controlled by two neighboring and opposing neural circuits known to respond to the neurotransmitter dopamine. In one circuit, the activity of cells known as D1 receptor medium spiny neurons increased immediately after training and inhibiting these cells made learning more difficult. In contrast, the activity of the other cells, known as D2 receptor medium spiny neurons, slowed down after training and blocking their activity improved the animals’ ability to remember the new action. In a separate set of experiments, the researchers discovered that inhibiting D2 neuron activity prevented rodents from performing previously learned habits.

“Our findings suggest that there is a delicate balance between new action learning and the expression of old habits, which is controlled by the yin-yang activity of two distinct populations of neurons in the dorsolateral striatum,” Dr. Kenny explained. “We intend to investigate how disruption of this balance contributes to maladaptive actions in brain disorders in the future.”