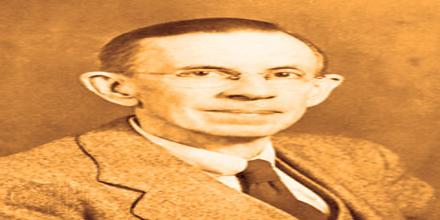 Clinton Joseph Davisson, Physicist was born Oct. 22, 1881, Bloomington, Ill., U.S. He entered the University of Chicago on scholarship. Upon the recommendation of Robert A. Millikan, in 1905 Davisson was hired by Princeton University as Instructor of Physics. He completed the requirements for his B.S. degree from Chicago in 1908. He received his Ph.D. in physics from Princeton in 1911. He shared the Nobel Prize for Physics in 1937 with George P. Thomson of England for discovering that electrons can be diffracted like light waves, thus verifying the thesis of Louis de Broglie that electrons behave both as waves and as particles.