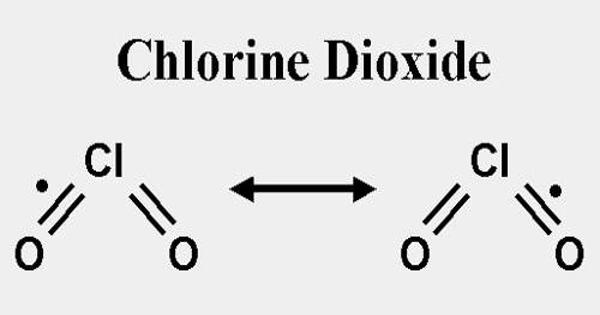 Chlorine dioxide, also known as ClO2, is a chemical compound that exists as a yellowish-green gas above 11°C, a reddish-brown liquid between 11°C and 59°C, and bright orange crystals below 59°C. At room temperature, it is a reddish to yellowish-green gas that dissolves in water. It is an oxidizing agent capable of transferring oxygen to various substrates while gaining one or more electrons via oxidation-reduction (redox). It does not hydrolyze when it comes into contact with water and is typically handled as a dissolved gas in solution in water.

It has a wide range of antimicrobial applications, including the disinfection of drinking water. Sodium chlorate or sodium chlorite are typically used to produce chlorine dioxide gas on-site. Health concerns, explosiveness, and fire ignition are all potential hazards of chlorine dioxide. It is frequently used as bleach. The chemistry of chlorine dioxide is explained, as well as chemical dosing and process technology options. The advantage of chlorine dioxide over chlorine and chloramines is that it reduces taste and order problems while also preventing the formation of trihalomethanes and other chlorinated disinfection by-products (DBPs).

Chlorine dioxide was discovered in 1811 and has since been widely used for bleaching in the paper industry as well as water treatment.

Recent advancements have broadened its application to include food processing, disinfection of premises and vehicles, mold eradication, air disinfection and odor control, swimming pool treatment, dental applications, and wound cleansing. It is a disinfectant that is effective against bacteria, viruses, and fungi. However, at high doses, it can harm red blood cells as well as the lining of the gastrointestinal (GI) tract.

Chlorine dioxide exists as a gas. It’s commonly used to clean drinking water. It is safe and does not pose any health risks when used in very small amounts to disinfect water. However, chlorine dioxide, like bleach, is a disinfectant. It can be hazardous when used in large quantities.

It can be used as an antimicrobial agent in poultry processing water as well as to wash fruits and vegetables. It is used in the chemical processing of wood pulp for the production of paper.

The use of CLO2 aids the body’s natural protective mechanisms in combating these infectious agents, which, if not adequately neutralized, will almost certainly cause disease. Chlorine dioxide is not a cure or treatment for medical conditions such as autism, HIV, malaria, hepatitis viruses, influenza, common colds, or cancer.