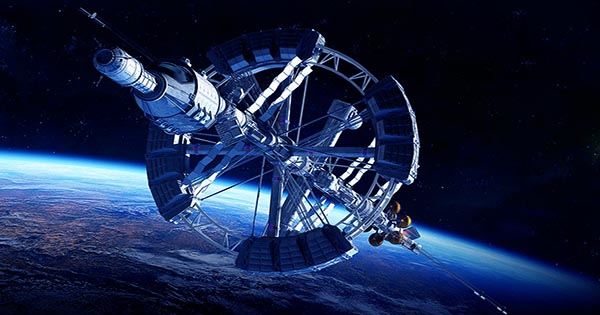 “Tiny tiny” is probably not the first word that springs to mind when you think of spacecraft. Yet, as of 2021, the largest rocket ever launched is still the Saturn V, which measures roughly 111 meters (364 feet) in length. That’s about the size of a football field. SpaceX completed the construction of Starship, the world’s largest rocket at 120 meters (400 feet) in length, earlier this year, but it has yet to launch.

When you compare it to human expectations for the future, it’s even more pitiful: by the mid-2200s, we’ll be traveling around in spacecraft seven times the length of the Saturn V, according to Star Trek’s utopian vision.

Perhaps China has the solution. According to a research proposal submitted to China’s National Natural Science Foundation, the funding body is looking into how to build 1 kilometer (0.6 miles) long spaceships, which it describes as “major strategic aerospace equipment for the future use of space resources, exploration of the mysteries of the universe, and long-term living in orbit.” In comparison, the Burj Khalifa, the world’s highest man-made construction, stands at only 828 meters (2,716.5 ft), making it a relative baby in terms of scale.

Furthermore, they could do it, according to Mason Peck, an aeronautical engineering professor, and former NASA chief technologist, who hailed the notion as “absolutely doable.”

“I would describe the challenges here as scale problems rather than insurmountable impediments,” he told LiveScience.

Cost would most likely be the most significant issue, he suggested. If the project is approved, it would be given 15 million yuan ($2.3 million), which is a pittance considering its size and breadth. To put that in perspective, the International Space Station is only approximately 110 meters (361 feet) wide at its widest point and costs roughly 50,000 times as much to construct.

“Its fantasy, not practicable, and fascinating to dream about, but not really realistic for our level of technology,” said Michael Lembeck, an aeronautical engineering professor who spoke to LiveScience. “The space station costs $3 billion a year to operate. When you multiply it by larger facilities, it soon becomes a very large and expensive undertaking.” The International Space Station, on the other hand, was launched three decades ago.

According to Peck, new technology such as 3D printing might help lower expenses, and for the truly optimistic, there’s an even more appealing option: harvesting resources from the moon (this plan would, of course, require some level of the lunar colony to operate, but it’s a long-term possibility).

Some obstacles, however, are more difficult to overcome – balancing a one-kilometer-long spacecraft would be a difficult task. If you fly too high above the Earth’s surface, you risk exposing any passengers to harmful quantities of radiation; if you fly too low, the ship will be dragged out of orbit by friction from the atmosphere.