In a centrally planned economy, the government or the central authority plans all the important activities in the economy. All important decisions regarding production, exchange, and consumption of goods and services are made by the government. The central authority may try to achieve a particular allocation of resources and a consequent distribution of the final combination of goods and services which is thought to be desirable for society as a whole.

For example, if it is found that a good or service which is very important for the prosperity and well-being of the economy as a whole, e.g. education or health service, is not produced in adequate amount by the individuals on their own, the government might try to induce the individuals to produce adequate amount of such a good or service or, alternatively, the government may itself decide to produce the good or service in question. In a different context, if some people in the economy get so little of a share of the final mix of goods and services produced in the economy that their survival is at stake, then the central authority may intervene and try to achieve an equitable distribution of the final mix of goods and services.

In contrast to a centrally planned economy, in a market economy, all economic activities are organized through the market. A market, as studied in economics, is an institution that organizes the free interaction of individuals pursuing their respective economic activities. In other words, a market is a set of arrangements where economic agents can freely exchange their endowments or products with each other. It is important to note that the term ‘market’ as used in economics is quite different from the common sense understanding of a market.

In particular, it has nothing as such to do with the marketplace as you might tend to think of. For buying and selling commodities, individuals may or may not meet each other in an actual physical location. Interaction between buyers and sellers can take place in a variety of situations such as a village chowk or a super bazaar in a city, or alternatively, buyers and sellers can interact with each other through telephone or internet and conduct the exchange of commodities. The arrangements which allow people to buy and sell commodities freely are the defining features of a market. 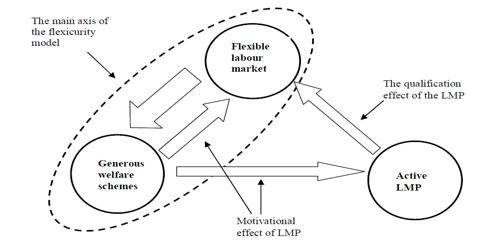