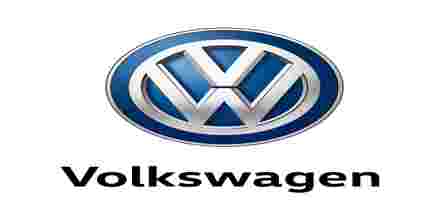 Volkswagen is well-known auto importer of the United States. In 1960s it auto important of the united states than all other auto imports combined. Despite of growing foreign competition in 1970. V W sales reached 300000 unites annually. But the 1980 and early 1990, its annually sales in the U.S market was down to 150000 units. In effect, its market share had dropped 3 percent to under 1.5 percent.

V W is now trying to regain its standing and to increase market share in both Europe and the United States .To do so, it has acquired SEAT, the Spanish car maker and SKODA, The Czechoslovakian auto manufacture. So, it is now much more competitive worldwide than a few years ago.

Another current V W strategy is to customize its product so that they appeal to various specific international markets. In the United States, management of V W has discovered the reason of declining sales that the car it had made looks ‘too American’. But U.S people preferred the cars, which have European styling and German Engineering. This mistake is being corrected. The same strategy is used in Europe where VW offerings are customized to meet driver expectations.

At the same time, the company is putting renewed emphasis on its major strength engineering. VW is convinced that this market advantage will help it to reach new sales height over the last decade. In support of this belief, management Argus that the European market responds well to cars that offer better handling and styling, and this is why it has been so successful on the continent as well as the United States. The big challenge will be for the firm to gain market share in an extremely competitive worldwide industry that is able to produce far more cars each year than the market demand.

As a multinational enterprise, Volkswagen can take a number of steps to evaluate sales potential for its cars in the United States.

Firstly, it can examine the current import policies of other countries and identify the cars that are now being purchased from abroad. Besides these, the Volkswagen can determine local production and can examine the demographic changes that are taking place in the United States. These cursory efforts help the Volkswagen to provide important information regarding current product supply.

Another would be to find out the number of auto registrations, and how fast this number is growing annually because this would be useful in predicting new sales potential.

Thirdly, Volkswagen can use quantitative techniques such as trend analysis to estimate future demand either by extrapolating the growth over the last 3 to 5 years and assuming that this trend will continue or by using some form of average growth rate over the recent past.

According to the case data, Volkswagen needs some modification of its produced cars in the part of the styling and engineering, because its cars became a mature product and we know that in the maturity stage of any product, there is needed some modification for continuing it in the market.

The another reason of modifying its cars is that, with the time being Americans will start to buy cars that offers German engineering and quality. But in the past, Volkswagen has made the mistake of producing cars that look “Too American”. Because of this, many people of America bought cars from ford, General Motors, and Chrysler because there were no distinctive qualities that Volkswagen could use in attracting these buyers.

For the above reasons, by modifying the style and design of its cars and putting it into the European styling and German engineering, the Volkswagen can gain a better competitive advantage. As a result, it will be able to bounce back its previous position in the United States.

Whether the features of Volkswagen’s products allow the company to use as identical promotional message worldwide or to develop a country-by-country promotion strategy will depend on where Volkswagen is selling its product. For a under developed country, the message should be made on the basis of the purchasing power of the people of this country.

But for a developed country, the message should be focused on styling, handling, engineering, and non-economic factors. As a result, the Volkswagen needs to develop the different message for its identical product. Because Volkswagen is going to launch its products in different countries. So an identical message may not convey the same meanings to the different nations.

At the time of doing business in the United States, the Volkswagen may face a risk associated with currency fluctuations. This risk is particularly important when it has a return on investment target because this objective can become unattainable if the local currency is devalued.

For example, if Volkswagen incurs cost $30,000 to manufacture a car and ship a particular model to the United States and the company sells the car to its dealer for $40,000 Volkswagen is making a 33 percent profit on the sale ($ 10,000/$ 30,000). However, if the dollar decreases in value by 10 percent against the German Mark, then the company’s profit percentage will decline. Because these dollars would buy more marks, of course, if the value of the dollar increased against the mark, The Volkswagen would have profited accordingly and might have lowered the price in order to generate additional sales.