We are aware that certain themes are more likely to be thought about and discussed by those who have suicidal thoughts. For instance, a survey of users of the SuicideWatch subreddit on Reddit revealed that these people frequently mentioned feelings of loneliness (“no friend”), anxiety (“I’m afraid”), regret (“never again”), guilt (“I’m sorry”), and frustration/hopelessness.

The Reddit study also discovered that certain linguistic traits, such as self-focused attention (“I am/not”), obsession with feelings (“make me feel”), use of negation (“no one”), and use of question marks (“Why is mankind terrified of death?”), were present in the writings of suicidal people.

What other language characteristics, such as atypical word choices and vocabulary, might be specific to suicidal thoughts and communication?

An answer is provided by a recent, comprehensive review of 75 trials with almost 280,000 participants. Below is a summary of the study conducted by Homan and colleagues and published in the July issue of Clinical Psychology Review.

Analyzing the language of suicidal thoughts and behaviors

75 of the more than 700 possible investigations found matched the requirements for inclusion. About 85% of the studies were carried out in Western nations. Half of the populations are clinically used, and half are other populations (e.g., students, social media users).

Increased usage of superlatives and intensifiers was found to be a predictor of suicidal ideation, according to data analysis.

Higher word count and first-person/second-person pronouns, increases in the number of verbs used, greater usage of nouns, more prepositions, more prepend or multifunction words, and less numerals and modifiers were all associated with suicidal behaviors.

First-person pronoun usage was higher, negative terms (such as references to death), and negations (such as never, any), however these were less predictive than the aforementioned because they were linked to both suicidal thoughts and actions.

A machine learning application is one example. Creating computer algorithms that can learn and get better on their own is known as machine learning (i.e., automatically, through experience).

The objective would be to develop machine learning techniques that could help separate speech and writing that contains suicidal content from that that has worried or depressive material instead.

It is crucial to gather current, real-world data on those who are at risk for suicide in order to effectively predict suicide. In order to assess the risk of suicide, voice recordings from therapy sessions or voice journals kept in between sessions might be beneficial.

This can be done in real-time so that, in the event that the algorithm detects a high risk of suicide, an appropriate intervention is automatically triggered, notifying the patient’s support network and/or the therapist.

Additionally, there are speech and language indicators of suicide ideas and actions. For instance, some people are described to sound flat, monotonous, toneless, mechanical, or hollow right before making an attempt at suicide.

There are other speech and language predictors of suicide thoughts and behaviors as well, according to the review by Homan et al., which comprised 75 trials and over 280,000 participants.

Specifically, the investigation concluded that suicidal thoughts were predicted by:

Suicidal behaviors were predicted by:

The use of first-person pronouns, negative terms (such as references to death), and negations (such as “never,” “any,” and others) were some characteristics that were linked to both suicidal thoughts and behaviors.

Future studies should look into why these language traits are associated with suicide. Just for fun, think up one potential explanation for the diminished use of modifiers:

In logically challenging phrases requiring higher-order reasoning, modifiers are used. Fewer modifiers may indicate mental rigidity and tunnel vision, which are frequently observed in persons who have a defined objective in mind, such as the fixed goal of taking one’s own life in the case of those with suicidal tendencies. 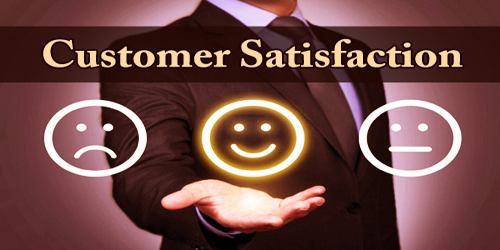