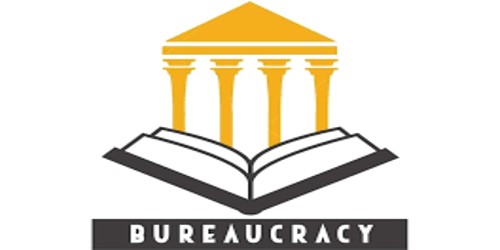 Bureaucracy is the government conducted by paid officials. It is to conduct its functions in every section. It is looked upon with ridicule and the civil servants are contemptuously called ‘Bureaucrats’. Bureaucracy in its most general sense describes a way of organizing the activities of an institution so that it functions efficiently and impersonally. The word “bureaucracy” has a negative connotation for many people. Max Weber is a famous sociologist, political economist and the founder of the bureaucratic centralization theory. According to Max Weber, Bureaucracy “is a system of administration characterized by expertness, impartiality and the absence of humanity.”

Bureaucracies are technically encompassed under the executive branch of government. To function well every nation as well as the govt. has three sections of her government: the executive, the legislative and the judiciary. Since the 18th century, bureaucratic has achieved great success in western society that the formal rationality and technical design are fit for their society. The legislative predominantly comprises of politicians. The executive has both the politicians and the civil servants or bureaucrats. The judiciary is a purely bureaucratic organization. So it is manifested that the bulk of the government of a country comes from the civil servants or bureaucrats. If this criterion of the bureaucracy could be implemented, a state would become the most ideal one.

Some early societies also were bureaucratically organized, for example, ancient Egypt and ancient China were ruled by governmental bureaucracies. But most countries in the world have a bureaucracy which the people call white elephant, reprimand for its red-tape procrastination and lack any respect for its activities. The growth of Bureaucracy is a major social trend in modern society. No doubt bureaucracy is modern in many of its respects, yet it is a thing of yesterday. The growth of corporate business organizations created an urgent need for stable, strict and calculable administration.