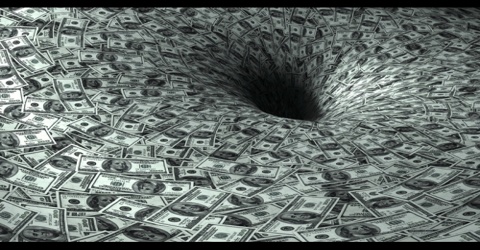 Black Economy is the segment of a country’s economic activity that is derived from sources that fall outside of the country’s rules and regulations regarding commerce. The activities can be either legal or illegal depending on what goods and/or services are involved. Examples include the drug trade, prostitution, illegal currency transactions and human trafficking. Violations of the tax code involving income tax evasion constitutes membership in the unreported economy

Usually untraceable, and hence untaxable, business dealings that are not reflected in a country’s gross domestic product (GDP) computations. An integral part of most third-world and many first-world economies, it is cash based system in which transaction records are kept in secret account books. Black Economy Business Solutions is a group organization with a overall aspiration to create an environment which early-stage 100% black-owned startups are more likely to be successful and we try to achieve that by creating the right environment, the right support, coaching, training and the right access to investment to help them get started, grow and to realize there potential.

The literature on the black market has not established a common terminology and has instead offered many synonyms including: subterranean; hidden; grey; shadow; informal; clandestine; illegal; unobserved; unreported; unrecorded; second; parallel and black.

The “illegal economy” consists of the income produced by those economic activities pursued in violation of legal statutes defining the scope of legitimate forms of commerce.

The “unreported economy” consists of those economic activities that circumvent or evade the institutionally established fiscal rules as codified in the tax code. A summary measure of the unreported economy is the amount of income that should be reported to the tax authority but is not so reported.

The “unrecorded economy” consists of those economic activities that circumvent the institutional rules that define the reporting requirements of government statistical agencies. A summary measure of the unrecorded economy is the amount of unrecorded income, namely the amount of income that should (under existing rules and conventions) be recorded in national accounting systems (e.g. National Income and Product Accounts) but is not.

The “informal economy” comprises those economic activities that circumvent the costs and are excluded from the benefits and rights incorporated in the laws and administrative rules covering property relationships, commercial licensing, labor contracts, torts, financial credit and social security systems. A summary measure of the informal economy is the income generated by economic agents that operate informally.