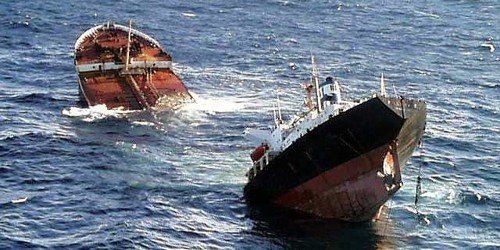 It signifies the loss or damage, which arises inconsequent upon extraordinary sacrifices made or expenses incurred for the preservation of the ship and cargo. This loss must be borne proportionately by all who are interested e.g. cargo owners, ship owners, charterers and so on. Average Loss Ratio means, as of any Month End Date, the average of the Loss Ratios for each of the three most recently completed Settlement Periods including the Settlement Period ending on such Month End Date. General Average is a loss that is caused by or directly consequential on a general average act. These losses are proportioned between the shipowner and cargo owners, usually according to the York Antwerp Rules. The majority of general average claims are the result of engine failures and mechanical breakdown of a vessel. It includes a general average expenditure as well as a general average sacrifice.

In Insurance, it is a loss in which the cost of damage to a ship or the goods it is carrying is shared by all the insurance companies, not only those that protect the damaged property. If cargo is insured, the insurance company provides the guarantee (bond) and any contribution required for the loss. Remuneration paid to salvers to salve the whole of the property at risk, money paid to pirates for the purpose of saving both the ship and the cargo, and general average sacrifice such as throwing of goods into the sea to lighten the ship are the few examples of such loss.

A general average loss is a loss caused by or directly consequential on a general average act. The particular average loss is partial and unforeseen loss accidentally incurred by sea perils. When goods arrive at its destination, the surveyor inspects them and certifies their damaged condition. In General Average Loss the loss shall be shared by all the owners of cargo. Particular Average Loss falls entirely upon the owner.