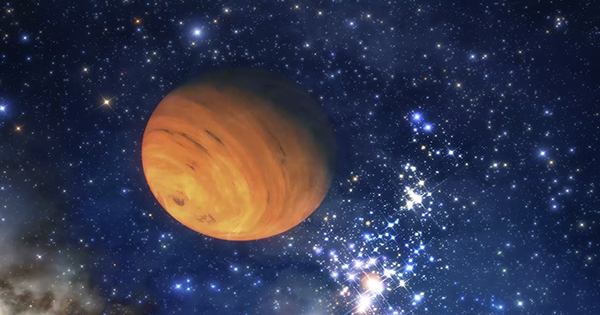 At Least 70 New Rogue Planets Discovered In Biggest Haul Yet

Astronomers may have identified the most rogue planets ever discovered. These worlds are free-floating, separated from their stars by interstellar space. At least 70 additional Jupiter-sized objects have been discovered, with the possibility of up to 170, including candidate rogue planets, based on decades of observations. The planets found in the Milky Way’s Upper Scorpius OB stellar association, according to Nature Astronomy. The researchers combed over photographs of the connection acquired by telescopes all throughout the world over the course of 20 years.

Microlensing is used to detect rogue planets. These worlds are normally too faint to see directly, but they become visible when they pass in front of a distant star, which bends its light around them. Because follow-up observations are uncommon, this method does not allow for them. The planets in a stellar association like Upper Scorpius OB are still young, so they are hot enough to glow and visible to our telescopes. The crew collected around 80,000 observations. They took measurements of all of the association members’ light in both optical and near-infrared wavelengths; they also coupled that information with motion measures.

The study’s first author, Nria Miret-Roig of the University of Bordeaux in France, said in a release, “We measured the minuscule movements, colors, and luminosities of tens of millions of sources across a vast region of the sky.” “We were able to reliably identify the weakest objects in this region thanks to these data.” The discovery of so many worlds shows that they did not develop spontaneously and instead ejected from their star systems due to gravitational interactions with other planets. When it comes to rogue planets in an association like this, the team feels this is just the beginning. Smaller worlds have an easier time becoming rogue planets than Jupiter-sized ones.

“The free-floating Jupiter-mass planets are the hardest to expel,” Miret-Roig stated, “suggesting that there may be even more free-floating Earth-mass planets wandering the galaxy.” Future facilities, like the Vera C. Rubin Observatory and the Nancy Roman Space telescope, are projected to find even more of these objects, but this research highlights the importance of established telescopes in new discoveries.

“This research demonstrates the critical necessity of making archival data from various telescopes available to the public, not only in the United States but across the world,” says Chris Davis, Program Officer for the National Science Foundation’s NOIRLab. “This is something NOIRLab and, in particular, the CSDC, have been working hard to enable for a number of years and continue to do so with NSF financing.”