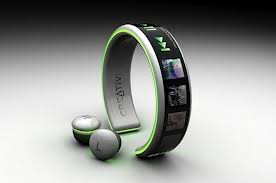 Important changes in the understanding and management of MP3 players have been developed in the past 10 to 15 years. Various researchers, practitioners and policymakers now acknowledge that MP3 players and the issues involved within them can be conceptualized from a functional perspective and that appropriate interventions involve the development of alternative measures to cope up with their emerging existence. Individuals today have to be efficient, flexible and profitable. Without these factors, it would be very difficult for them to compete and be effective in heir profession. Gone are the days when people work on their desks for eight hours a day. Today’s employees want to become as productive as possible while in their offices and interact with different individuals and groups in different settings. The technological advancement in wireless technologies such as MP3 players has allowed people to access communication tools in new settings. Because of this rigorous and hectic schedule of people, it became imperative for them to indulge in relaxing music to help them ease the pressure after every day’s work.

Entering a new foreign market is an advantageous yet risky business move. In order to effectively penetrate a market, foreign companies must be able know its main target. Through this, appropriate marketing strategies can be applied. However, this task becomes even more challenging in the international setting as there will be affective factors that can hinder the application of the companies’ conventional marketing tactics such as the IMC. As IMC can possibly contribute the development of foreign trade as well as the economy of the country, identifying the effects of this technique to the consumers and the companies is essential.

MP3 players and their sudden emergence in the market have been remarkable. Hence, the causes of this emergence and the quality of MP3 players as perceived by their users must be investigated and effective strategies must be done and implemented in order to cope up with their existence.

Today, almost every youth uses portable digital players to listen to their favorite tunes. With the growth of digital portable player manufacturers and licensed brands, consumers have a wide variety of options. One downside however is there are still those who are pessimistic about the idea of music digitalization. The IFPI (2005) 2005 report mentioned that European survey shows increasing awareness of, use of, and intentions to use, legal download services. This is a hint that consumer attitude on digital music and portable player devices are still mixed because there are other options and alternatives. Thus, investigating customer behavior on digital portable player may open the door to the consumer’s perceptions on digital portable devices – on how they see it, their preference to it, how much are they willing to pay for it, is it their first music medium choice, and so on and so forth.

Objective of the research

The aim of this study is to investigate the behavior of consumers on digital music and mp3 players. Consumers will be asked about different factors that affects their purchase of digital portable audio players or mp3 players.

The following are the objectives of this study:

1.         To determine the preferences of consumers when purchasing digital portable audio players.

2.         To know if the attitude of consumers to digital products have changed.

3.         To determine if the purchase of mp3 players depends on buyer’s attitude on digital music.

4.         To develop a suggestion on how mp3 players can be effectively marketed to the modern consumers.

Approach to the Problem

Mp3, also known as MPEG-1 audio layer 3, is a popular digital audio encoding and compression format invented and standardized in 1991 by a team of engineers directed by the Fraunhofer Society in Germany (Wikipedia, 2006a). The purpose of the mp3 is to greatly reduce the amount of data required to represent audio, yet still sound like a faithful reproduction of the original uncompressed audio to most listeners (Wikipedia, 2006a). This is similar to zipping a sound file but also removes any sound information that could not be heard by the human ear (Murphy, 2001). This greatly reduces the size of file, with a normal stereo CD being some 650MB and 74 minutes, whereas in MP3 format this is usually about 60MB (Murphy, 2001, Brandenburg, 2000).  Today, mp3s have gone a long way. It has developed into a potential mass-market distribution format for music media (Fontenay et al, 1999). IFPI (2006) reported that there are now at least two million tracks and 165,000 albums available on the major services in the web. Digital music expanded rapidly to the globe, as there are now over 335 legal online music services, up from 50 two years ago (IFPI, 2006).The UK is one of the only three countries (Germany and France) in Europe that sees growth in the mp3 market. It is the fastest-growing online music market in Europe as major retail stores such as Virgin and HMV launched online and existing services like Napster and iTunes are marketing their brand heavily (IFPI, 2006). IFPI (2006) also reported that the UK saw sales of 26 million single tracks downloads during the year – a four-fold increase on 2004. Furthermore, downloads have been successfully merged into the singles charts, giving digital sales greater media and public exposure (IFPI, 2006). Basically, there are three (3) main types of MP3 players. These are:

Specifically this study will address the following questions:

1.      What significant causes of the sudden emergence of MP3 players were determined ?

2.      What specific alternatives or measures can be done to help improve the performance of these MP3 players so we could cope up with their advantages ?

In order to come up with the most suitable research approaches and strategies for this study, the research process “onion“ will be undertaken. This is because conducting a research is like peeling the back layers of an onion—in order to come to the central issue of how to collect the necessary data needed to answer the research questions and objectives, important layers should be first peeled away. With the said process, the researcher was able to create an outline on what measures are most appropriate to be applied in the study.

This study will be conducted in order to determine the quality of MP3 players as perceived by their users. In this study, the interview method of data gathering will be utilized, with a total of 115 MP3 player users as participants.

The equivalent weights for the answers were:

The decision was made to use a questionnaire for the data collection for this project due to the sensitivity of the information being obtained.  It is important for the respondents to be open and honest in their responses. The use of the questionnaire provides the researcher with the ability to test the views and attitudes of the patients. The survey-questionnaires also will use open-ended questions to obtain as much information as possible about how the interviewee feels about the research topic.  Interviews will take between one and two hours. The questions that will be used during the interview will be based on the research questions for this project; they have been reviewed, refined and approved by the project supervisor. The researcher designed a semi-structured interview. Here, the researcher will encourage the interviewee to clarify vague statements and to further elaborate on brief comments. The interviewer did not share his/her own beliefs and opinions.

The responses to questions will be analyzed by determining their corresponding frequency, percentage and weighted mean. The following statistical formulas will be used: After gathering all the completed questionnaires from the respondents, total responses for each item will be gathered and tabulated. In order to use the Likert-scale for interpretation, weighted mean to represent each question will be computed. To compute for the weighted mean, each value must be multiplied by its weight. Products should then be added to obtain the total value. The total weight should also be computed by adding all the weights. The total value is then divided by

the total weight. Statistically, the weighted mean is calculated using the formula below:  or   The entire studywill be divided into five chapters. The first chapter will present the background of the study, the objectives, research problems and its significance. In the second chapter, literatures and published documents pertaining to website usability, related studies and various assessment techniques will be discussed. The research methodology to be used for this study will be discussed in chapter three. Specifically, this chapter will focus on the description of the participants, sampling technique and the research instruments which will be utilized in the process. In chapter 4, the results of the conducted evaluation test will be presented. Finally, the fifth chapter will summarize the findings and provide the conclusion and recommendations appropriate for this research. Collected and published by Assignment point.