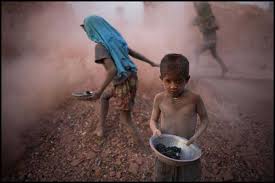 Political and security conditions deteriorated in Bangladesh . The country saw nearly daily bombings throughout the year. On August 17, more than 400 bombs went off simultaneously in sixty-three of the country’s sixty-four districts, all of them targeted at government institutions. The country’s human rights record, already of pressing concern, worsened, as Bangladesh’s security forces continue to commit numerous abuses, including extra-judicial killings, excessive use of force, and custodial torture. Human rights defenders and journalists who report on the abuses continue to be harassed and intimidated. A culture of impunity, reinforced by 2003 legislation largely shielding the security forces from legal challenge, and by government praise for the Rapid Action Batallion (RAB), a specialized “anti-crime” unit responsible for many of the unlawful killings, means that abuses go largely uninvestigated and unpunished.

Authorities also continue to do little to protect the rights of religious minority communities, including Hindus and members of the Ahmadiyya community (a heterodox religious group that considers itself part of the larger Muslim world), even as Muslim extremist groups continue to target such groups. Tensions between the two main political parties, the Bangladesh National Party (BNP) and the Awami League (AL), continued, with frequent clashes between the two sides, as well as with police.

Corruption remained a serious obstacle for reform. For the fifth year in a row, Bangladesh headed Transparency International’s list as the most corrupt country in the world.

Extrajudicial Killings and Custodial Torture
The BNP came into power in 2001 with an anti-crime mandate. In 2003, the government established the RAB, an elite “anti-crime” unit comprised of armed personnel from various security branches. Since the establishment of RAB, there have been consistent allegations of a surge in extrajudicial killings and custodial torture. Between January and October 2005, an estimated 300 persons were killed at the hands of the security forces, largely in so-called “encounter” killings. Of these killings, 223 were committed by the police and other law enforcement agencies, and seventy-eight by RAB. RAB often operates together with other armed units, such as the Bangladeshi Rifles, or paramilitary units such as Cheeta and Cobra. 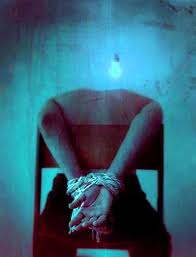 Custodial Torture
Human rights groups and journalists have documented many of these killings and have demanded an inquiry into each death, but the government has refused. The government defends the actions of RAB by stating that, since its establishment, serious crime in Bangladesh has dropped by half. When the European Parliament issued a strong resolution in April 2005 condemning RAB, the government responded dismissively, arguing that “encounter killings” happen in all parts of the world.

RAB and other security agencies have also been accused of engaging in torture during custody and interrogation. For example, on July 15, 2005, members of RAB at Jasimuddin road, Uttara sector-7, Dhaka, and of the RAB–1 Office at Uttara in Dhaka severely tortured a young man. This man had been arrested for protesting the assault on an elderly man by plain-clothes RAB agents on the street. On July 27, 2005, the Boalia police in Rajsahi District tortured Azizur Rahman Shohel and his younger brother Atiquer Rahman Jewel. The brothers were beaten with batons and given electric shocks. Both were hospitalized. The police also reportedly asked for money from the boys’ family.

The government’s history of tolerating abuses is not new. Operation Clean Heart, a nationwide anti-crime operation that ran from October 2002 to January 2003, was marked by a severe disregard for the right to life and due process of law. Some sixty people were killed in eighty-eight days, three thousand were maimed or injured, and upwards of forty-five thousand were arrested. On the day the government announced the end of Operation Clean Heart, it passed an ordinance precluding lawsuits or prosecutions for human rights violations committed during this period, shielding the armed forces and police from any liability for their actions under the operation.

Persecution of Minority Communities
Bangladesh is a party to the International Covenant on Civil and Political Rights, which ensures the rights to freedom of religion and expression, but has tolerated violent assaults by extremists on religious minority communities.

In January 2004, the government placed a ban on all Ahmadiyya publications, in response to an ultimatum to the government by the Islami Okiya Jote (IOJ) and the Khatme Nabuwat Movement (KNM) to declare that Ahmadiyyas are not Muslims. The IOJ is a small coalition partners with the BNP, while the KNM, is an extreme Islamist vigilante and pressure group. The BNP government chose to save its coalition rather than defend the rights of the Ahmadiyya. A court later suspended the ban, but Islamist parties and organizations are threatening further legal challenge.

Attacks on Ahmadiyya homes and places of worship continued in 2005. Although human rights groups and journalists documented these attacks, the government to date has not prosecuted any of the responsible individuals and has not disciplined police who failed to protect victims.

Members of other religious minorities have also come under attack. Throughout 2005, there were persistent reports of abductions and forced conversions of minorities, and destruction and desecration of religious sites. There were also many reports of forced evictions of Hindus from their properties. In some cases of reported rape of Hindu girls, the police refused to pursue investigations.

Over the last few years, as religious intolerance across Bangladesh has increased, several hundred thousand Hindus, Buddhists, and Christians have fled the country.

Human Rights Defenders, Journalists, and Opposition Voices
The climate of intimidation has extended to other groups who document or speak against the government’s actions. Opposition voices are increasingly at risk.

On January 27, 2005, senior AL member and former Finance Minister Shah Abu Mohamed Shamsul Kibria was assassinated. Attacks on opposition AL members are not new: Sheikh Hasina, the leader of the AL, survived a 2004 grenade and bomb blast during which twenty of AL’s party members were killed. Other senior and junior AL members have been harassed and threatened.

On August 8, 2005, two human rights activists were attacked in public by persons who identified themselves as BNP members. The victims, Rabindra Ghosh and Ashok Taru Saha, were returning from conducting an investigation into a case of torture against a member of the Ahmadiyya community.

Journalists face tremendous risks in Bangladesh. For the third year running, Reporters Sans Frontieres reported that Bangladesh was the country with the largest number of journalists physically attacked or threatened with death. The government showed little interest in protecting journalists, while Islamist groups stepped up their intimidation of the independent news media.

HIV/AIDS
This is a critical moment in the fight against HIV/AIDS in Bangladesh. The number of reported cases is growing, India and neighboring countries in Southeast Asia face major outbreaks, and there is a good deal of migration across national borders. Rather than insisting on rights-based measures shown effective in combating the further spread of HIV/AIDS, the government both commits and condones rights violations likely to do just the opposite. 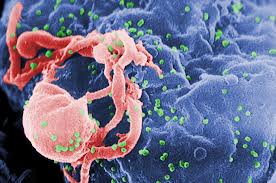 HIV
Sex workers and men who have sex with men—politically vulnerable groups at heightened risk of HIV infection—are regularly abducted, raped, gang-raped, beaten, and subjected to extortion by the police and by powerful criminals. Such abuses facilitate spread of the disease. The police have dealt a further blow to Bangladesh’s anti-AIDS efforts by beating and arresting members of such groups who work on HIV/AIDS outreach and education among their peers. Official complaints filed by victims are largely ignored and sometimes ridiculed.

Key International Actors
Key members of the international community, such as the United States and the European Union, have expressed growing concern over the violence in the country. In particular, the international community has been pointing to the government’s failure to take action against militant groups. Only after the August bombings did the government appear to take the threat seriously. It initiated a massive crackdown, which resulted in an estimated eight hundred arrests. The most significant arrestee, Mufti Abdul Hannan, reportedly has admitted to ties with violent fundamentalist international Islamic groups.

The E.U. parliament issued a strong resolution in April 2005, pointedly stating that the RAB was responsible for extra-judicial killings while engaged in anti-crime operations. The United States has recently taken the lead on expressing concern at the situation in Bangladesh. In October 2005, sixteen U.S. lawmakers raised the issue of increasing political violence and recommended sending a U.N. team to investigate the allegations. India expressed its concerns as well and, in February 2005, refused to attend the South Asian Association for Regional Cooperation summit which was to be hosted in Dhaka, citing, inter alia, concerns over the security situation there.

Medicinal Plants And Kavirajes In Bangladesh