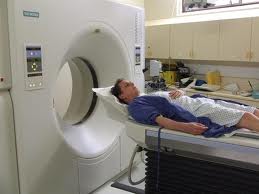 Chronic diseases and injuries are the leading causes of death in all but a few parts of the world, affecting all societies: rich and poor, developed and developing. According to the World Health Report 2002, globally, non communicable diseases (NCDs) account for almost 58.5% of deaths and for 45.9% of the global burden of disease. By 2020, it is estimated that they would be responsible for 73% of the global deaths and 60% of the global burden of disease. In the next 20 years, the leading five causes of disease burden will be ischaemic heart disease, unipolar major depression, road traffic injuries, cerebrovascular diseases, and chronic obstructive lung disease. Eighty-five percent of the global burden of NCDs is borne by the low and middle income countries. The situation in developing and newly industrialised countries is expected to worsen rapidly. Over the next 30 years the burden of disease from NCDs is expected to rise by 60%. In comparison, the increase in developed countries is expected to be less than 10%.

Although many cardiovascular diseases (CVDs) can be treated or prevented, an estimated 17.1 million people die of CVDs each year. An estimated 16.7 million – or 29.2% of total global deaths – result from the various forms of cardiovascular disease (CVD), many of which are preventable by action on the major primary risk factors: unhealthy diet, physical inactivity, and smoking. More than 50% of the deaths and disability from heart disease and strokes, which together kill more than 12 million people each year, can be cut by a combination of simple, cost-effective national efforts and individual actions to reduce major risk factors such as high blood pressure, high cholesterol, obesity and smoking. And these are no longer only diseases of the developed world: some 80% of all CVD deaths worldwide took place in developing, low and middle-income countries, while these countries also accounted for 86% of the global CVD disease burden. It is estimated that by 2010, CVD will be the leading cause of death in developing countries.

As the engines of health transition gather pace, the epidemics of cardiovascular diseases (CVDs) are accelerating globally, advancing across regions and social classes. This is reflected in the high current burdens as well as the estimated escalation of those burdens over the next two decades. Most of the current global burden of CVD (in absolute terms) as well as all of the expected future augmentation of this burden (in both proportional and absolute terms) is attributable to the developing countries.

The high global burden of CVD is highlighted by the World Health Report, 1999, which estimates that 30.9% of all deaths in 1998 as well as 10.3% of the total disease related burden, in terms of disability adjusted life year loss (DALY loss) were attributable to CVD. Low and middle income countries contributed, in the largest measure, to the global CVD burden, accounting for 78% of all CVD attributable deaths and 86.3% of all CVD attributable DALY loss. Even in 1990, as per the estimates of the Global Burden of Disease Study, the developing countries accounted for 63% of all CVD deaths and 73.6% of CVD related DALY loss. Even in the setting of a ‘double burden’ of disease which is experienced by the developing countries, CVD contributes to a large proportion of deaths. The World Health Report 1997 estimated that 24.5% of all deaths which occurred in 1996, in the developing countries, were due to CVD. The World Health Report 1999, using a different nomenclature, estimated that CVD accounted for 28.5% of all deaths in low and middle income countries in 1998.

The global CVD burdens afflict men as well as women in equal measure. Cardiovascular deaths contributed to 34% of total mortality in women and 28.2% of all deaths in men, in 1998. Women in developing countries too are increasingly affected by hypertension, stroke and coronary heart disease. As the epidemics advance, the social gradient also reverses with the poor becoming the most vulnerable victims. Evidence of such a reversal is already evident in several regions of Latin America and some parts of Asia.

Growing evidence shows that CVD poses an important health threat to disadvantaged and poor segments of population. A top priority of the South-East Asia WHO regional office (SEARO) is thus to promote the development of reliable, inexpensive and sustainable surveillance systems for major NCDs and their risk factors, that can be used at both regional and national levels. Advocacy and technical support aimed at integrating national NCD prevention and control programmes also continue in the region. SEARO has emphasized the need to shift the focus of policy makers from expensive tertiary care, to primary and secondary prevention through community- and primary healthcare-based interventions. Efforts are also being made to increase public awareness about the harmful effects of tobacco use, and Indonesia, Myanmar, Nepal and Thailand have initiated national CVD control programmes.

The burden of cardiovascular disease (CVD) is likely to increase dramatically in Asia over the next several decades. There are several studies to review the existing data on CVD epidemiology in Asia, with a focus on the INTERHEART study and the Asia Pacific Cohort Studies Collaboration. Existing data suggests that much of CVD may be preventable through reduction in the levels of well-established CVD risk factors and that these findings are likely to be relevant to Asian populations. However, these studies have several important limitations. These include a lack of longitudinal studies with collection of repeated measures of CVD risk factors and the environmental factors that may result in the age-related increase in the levels of these risk factors. As such, the natural history of the development of CVD risk factors such as obesity, diabetes, hypertension and dyslipidemia in Asia, and their relationship in terms of duration and timing of exposure to various environmental influences is currently unknown. In addition, there is a paucity of data related to psychosocial factors that may be involved in the pathogenesis of CVD, either directly or through effects on other CVD risk factors. Finally, little data is available with regards to the impact of CVD and its attendant risk factors on health related quality of life and health care utilization. This information is crucial for the design and evaluation of evidence based programs for primary prevention.

CVD in the Asia-Pacific Region:

CVD causes 26.2% of deaths (3.9m) in the South East Asia region and 32.1% of deaths (4m) in the Western Pacific region (WHO 2002). Hypertension is the most common cardiovascular risk factor in Asia. Prevalence in 2005 was estimated at 16%. It is forecast to pass 17.5% in 2012. Stroke was estimated to affect 30m people a year by 2005 with Singapore and Malaysia having stroke prevalence in excess of 3.7%. India (770,000) and China (1.7m) have the highest number of deaths from stroke (WHO 2004). Some 23 million people worldwide have heart failure, and the prevalence is increasing quickly, in concert with the ageing population in the Asia-Pacific region. There has been a significant rise in obesity and type 2 diabetes. Direct costs of CVD in Asia are estimated to exceed US$120bn a year and are rapidly rising.

Role of risk factor surveillance in prevention and control of CVD:

Surveillance needs at various levels may serve different purposes, but all components of the system should be designed to best inform the strategies for preventing CVD that are best implemented at that level. Surveillance data are also critically important at both the state and locallevel to develop, implement and evaluate any programme on CVD prevention and control. This is more important in India as ‘health’ is a state subject in the Indian federal system of governance.State and local public health agencies require relevant surveillance data, specific to their state or local area, to use in developing and seeking funding for targeted intervention programs, informing policy makers and guiding policy decisions, and planning and evaluating programs. For example, data are needed to inform state and local decision makers about the impact of current and future policies pertaining to school nutrition and physical education programs, tobacco taxes and other control policies, and, as well as other prevention programs. Because funding for CVD prevention programs is low relative to the public health burden of these diseases in most states and local areas, public health agencies must carefully prioritize their preventive efforts and continually evaluate ongoing programs to assess and improve their impact. State or local populations at particularly high risk for CVD can be identified and targeted for intensive interventions that may not be feasible or efficient on a broader scale. State and local public health agencies cannot design, implement, and evaluate such programs without relevant, reliable, accurate, and timely surveillance data. At the national level, CVD surveillance systems should inform policies likely to be set nationwide and have an impact on CVD, such as agricultural subsidies, state tobacco taxes and other tobacco control policies, practice guidelines promulgated by scientific and governmental organizations, and drug or device safety issues addressed by other agencies. Nationally available data should also permit comparisons between countries, particularly because such comparisons can inform national health policy.

Cardiovascular disease (CVD) now ranks as the world’s top cause of death, causing one third of all deaths globally. Heart disease can no longer be seen as the problem of overworked, overweight middle-aged men in developed countries. In today’s world, women and children too are at risk. Already 75% of all CVD deaths occur in the poorer regions of the world, and this is likely to increase in the future. The Atlas of Heart Disease and Stroke addresses this most urgent health issue in a ground-breaking, clear and accessible format, designed to inform UN agencies, government officials, politicians and other decision-makers, the media, researchers, and the general public, as well as provide an essential tool for the health professional. The Atlas charts in full-colour maps and graphics the wide range of issues relating to this global epidemic. The topics include – Risk factors: high blood pressure, tobacco use, inactivity, obesity, lipids, diabetes; women, childhood and youth; the global burden of CVD, including the economic burden; research; prevention; policies and legislation; treatment, and predictions.

Discuss on the Organs of Speech

Causes and Treatment of Ankle Fractures