Home Other Assignment on AIDS 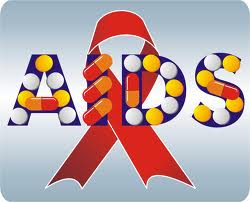 Society is like a looking glass. Each and every phenomenon in society is very conspicuous and crystal clear before us. Like many affairs and issues, the vulnerability of HIV/AIDS patient is blatant and flagrant to us. In a complex and complicated social fabrics, AIDS is spreading by leaps and bounds mainly because of unsafe sexual intercourse, coition and copulation. At present, traditional social values and ethos are declining and eroding in full gear. As a result, it is noted that an astronomical and massive change in behavioral, cultural pattern in society. It is straining that the HIV/AIDS patients are deprived and diverted culturally and socially. Most people think that they are the burden of family as well as society. They are dealt with humiliation by the larger segment of society. As a consequence, they do not get enough space and scope to expose themselves to others. For the overall wellbeing of AIDS patients, each and every individual should change his/her behavioral patterns towards them. To this end, all and sundry should come forward with an enriched cultural legacy in the truest sense.

AIDS is a disease that is incurable and intricate in nature. If any body is infected and afflicted with this disease, the aftermath of him/her is sure for death. Because of having this dire nature of the disease, I tried to overhaul the social, behavioral and cultural facets and factors that are intimately associated with this fatal disease. Besides, I postulated to comprehend the anticipated behavior that the infected receive from the remaining social setting in their way of life and livings.

In the way of doing this assignment, I went through many medical journals, newspapers and most importantly, I followed lectures of my venerable class teacher. Moreover, I talked to some medical professionals about the service delivery of government and non-government infirmary in case of HIV positive patients. Admittedly, I delve into the social, behavioral and cultural factors that are inexorably coupled and compounded with the very disease, i.e., HIV/AIDS.

Important facts about the spread of AIDS include:

Human immunodeficiency virus (HIV) causes AIDS. The virus attacks the immune system and leaves the body vulnerable to a variety of life-threatening infections and cancers.

Common bacteria, yeast, parasites, and viruses that usually do not cause serious disease in people with healthy immune systems can cause fatal illnesses in people with AIDS.

The virus can be spread (transmitted):

HIV infection is NOT spread by:

AIDS and blood or organ donation

People at highest risk for getting HIV include

AIDS begins with HIV infection. People who are infected with HIV may have no symptoms for 10 years or longer, but they can still transmit the infection to others during this symptom-free period. If the infection is not detected and treated, the immune system gradually weakens and AIDS develops.

Almost all people infected with HIV, if they are not treated, will develop AIDS. There is a small group of patients who develop AIDS very slowly, or never at all. These patients are called nonprogressors, and many seem to have a genetic difference that prevents the virus from significantly damaging their immune system.

The symptoms of AIDS are mainly the result of infections that do not normally develop in people with a healthy immune system. These are called opportunistic infections.

People with AIDS have had their immune system damaged by HIV and are very susceptible to these opportunistic infections. Common symptoms are:

Note: At first, infection with HIV may produce no symptoms. Some people, however, do experience flu-like symptoms with fever, rash, sore throat, and swollen lymph nodes, usually 2 – 4 weeks after contracting the virus. Some people with HIV infection stay symptom-free for years between the time when they are exposed to the virus and when they develop AIDS.

CD4 cells are a type of T cell. T cells are cells of the immune system. They are also called “helper cells.”

The following is a list of AIDS-related infections and cancers that people with AIDS may get as their CD4 count decreases. In the past, having AIDS was defined as having HIV infection and getting one of these other diseases. Today, according to the Centers for Disease Control and Prevention, a person may also be diagnosed with AIDS if they are HIV-positive and have a CD4 cell count below 200 cells/mm3, even if they don’t have an opportunistic infection.

There is no cure for AIDS at this time. However, a variety of treatments are available that can help keep symptoms at bay and improve the quality of life for those who have already developed symptoms.

Antiretroviral therapy suppresses the replication of the HIV virus in the body. A combination of several antiretroviral drugs, called highly active antiretroviral therapy (HAART), has been very effective in reducing the number of HIV particles in the bloodstream. This is measured by the viral load (how much free virus is found in the blood). Preventing the virus from replicating can improve T-cell counts and help the immune system recover from the HIV infection.

HAART is not a cure for HIV, but it has been very effective for the past 12 years. People on HAART with suppressed levels of HIV can still transmit the virus to others through sex or by sharing needles. There is good evidence that if the levels of HIV remain suppressed and the CD4 count remains high (above 200 cells/mm3), life can be significantly prolonged and improved.

However, HIV may become resistant to one combination of HAART, especially in patients who do not take their medications on schedule every day. Genetic tests are now available to determine whether an HIV strain is resistant to a particular drug. This information may be useful in determining the best drug combination for each person, and adjusting the drug regimen if it starts to fail. These tests should be performed any time a treatment strategy begins to fail, and before starting therapy.

When HIV becomes resistant to HAART, other drug combinations must be used to try to suppress the resistant strain of HIV. There are a variety of new drugs on the market for treating drug-resistant HIV.

Treatment with HAART has complications. HAART is a collection of different medications, each with its own side effects. Some common side effects are:

When used for a long time, these medications increase the risk of heart attack, perhaps by increasing the levels of cholesterol and glucose (sugar) in the blood.

Any doctor prescribing HAART should carefully watch the patient for possible side effects. In addition, blood tests measuring CD4 counts and HIV viral load should be taken every 3 months. The goal is to get the CD4 count as close to normal as possible, and to suppress the amount of HIV virus in the blood to a level where it cannot be detected.

Other antiviral medications are being investigated. In addition, growth factors that stimulate cell growth, such as erthythropoetin (Epogen, Procrit, and Recomon) and filgrastim (G-CSF or Neupogen) are sometimes used to treat AIDS-associated anemia and low white blood cell counts.

When a person is infected with HIV, the virus slowly begins to destroy that person’s immune system. How fast this occurs differs in each individual. Treatment with HAART can help slow or halt the destruction of the immune system.

Once the immune system is severely damaged, that person has AIDS, and is now susceptible to infections and cancers that most healthy adults would not get. However, antiretroviral treatment can still be very effective, even at that stage of illness.

HIV-positive patients who are taking antiretroviral medications are less likely to transmit the virus. For example, pregnant women who are on effective treatment at the time of delivery, and who have undetectable viral loads, give HIV to their baby less than 1% of the time, compared with 13% to 40% of the time if medications are not used.

The U.S. blood supply is among the safest in the world. Nearly all people infected with HIV through blood transfusions received those transfusions before 1985, the year HIV testing began for all donated blood.

If you believe you have been exposed to HIV, seek medical attention IMMEDIATELY. There is some evidence that an immediate course of antiviral drugs can reduce the chances that you will be infected. This is called post-exposure prophylaxis (PEP), and it has been used to prevent transmission in health care workers injured by needlesticks.

There is less information available about how effective PEP is for people exposed to HIV through sexual activity or injection drug use, but it appears to be effective. If you believe you have been exposed, discuss the possibility with a knowledgeable specialist (check local AIDS organizations for the latest information) as soon as possible. Anyone who has been sexually assaulted should consider the potential risks and benefits of PEP.

AIDS is a disease caused by the HIV infection, which is basically a weakening of one’s immune system. It can only be spread through blood transfusions, sexual contact and from an infected mother to her unborn child. There are significant misconceptions in the country about the spread and treatment of the HIV/AIDS virus even after so many years of expert knowledge on the subject. Regrettably, even within the medical professions some laid back attitudes exist. This may have been prompted by two factors. Firstly, there are hardly any separate, specialized wards for HIV/AIDS patients. Secondly, medical professionals somehow harbor superstitions about the virus.

Awareness campaigns should be conducted for the greater well being and welfare of the HIV/AIDS patients. The government should immediately ensure adequate access to treatment of the HIV/AIDS victims complete with screening and after care facilities. There should also be separate HIV/AIDS wards in health care facilities and amenities.

Use Driver Risk Assessment for Safety