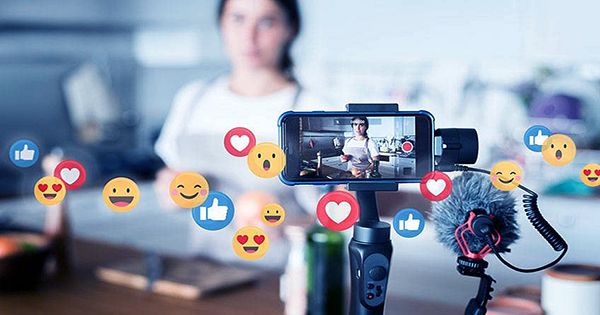 As Brands Clamour to Back Causes, Good-Loop Raises $6M for its View-To-Donate Ad Platform

Online advertising is generally horrible and our assumption that “information should be free” has regrettably even ended up fuelling disinformation-filled social networks like Facebook. Many businesses have tried and failed to turn advertising into a source of funding for charitable organizations. So, what are the options? When I first met Amy Williams in 2016, it appeared that her proposal for an “advertising for good” platform, like so many others, would fail. But it only goes to show that predicting the success of early-stage businesses is nearly impossible.

For the company she started, Good-Loop has now closed a Series a financing of $6.1 million (£4.5 million) for its platform that entices users to views adverts in order to “unlock” a gift to charity. And there’s more to this than meets the eye.

Scottish Enterprise, impact investor SIS Ventures, European adtech fund First Party Capital, and investment raised on the crowdsourcing platform Seedrs all contributed to the capital round, which was led by New York-based investment firm Quaestus Capital Management. This brings the total amount raised by Good-Loop to $8.2 million. The money will be used to speed up the company’s product pipeline and create offices in New York and Chicago to better serve its American customers.

In addition to being a B Corporation, Good-Loop claims that its “watch advertising to donate” strategy generates more meaningful brand engagement, cost-free philanthropy, and ad recall that is “4.5X higher than the industry standard.” Demand for its programmatic solutions has increased by 180 percent in the last year, according to the company. The Good-Loop platform gives 50% of ad revenue to charities. Clients include Unilever, PepsiCo, Nestlé, Levi’s, adidas, NBC Universal and Nike. Good-Loop claims to have raised more than $5 million for charities throughout the world using this methodology, including Save the Children, WaterAid, Feeding America, and the World Wildlife Fund.

“At the heart of our industry is an intrinsic value exchange between advertiser and consumer, and I’m on a mission to harness that value as a huge force for good,” said Good-Loop CEO Amy Williams, who co-founded the company with CTO Daniel Winterstein. Brands can approach people online as partners — not targets — united by a desire to have a real social effect, thanks to our polite, positive ad platform. Backing from industry specialists like QCM and First Party Capital, social impact investors, and indeed, the general public, will help to turbo our growth whilst keeping us faithful to our ideals at every step along the way.”

Austin Davis, CEO at QCM said: “Good-Loop raises advertising and conscious-minded companies to an entirely new level and will become the industry Fairtrade Stamp. The business model addresses a number of long-standing difficulties in the industry and represents the paradigm shift required to restore consumer confidence in transparent and ethical advertising… It’s a win-win situation for everyone.”

Good-Loop has also created technologies for advertisers to measure and offset the carbon impact of their digital ad campaigns. “I think that’s a combination of good timing and good traction,” Williams said in an interview when I asked what she thought had helped the firm reach a Series A round. Brand purpose has been developing for the past ten years in terms of timing. When Unilever began establishing socially-driven products like Dove soap, large research revealed that its purpose brands grew faster than the rest of its portfolio. That served as a springboard for other businesses to begin thinking about it. Meanwhile, customers are increasingly purchasing brands that reflect their personal ideals. Consumers are increasingly wanting to communicate their social beliefs, such as how they feel about issues like climate change and diversity and inclusion. We’ve capitalized on that trend.”