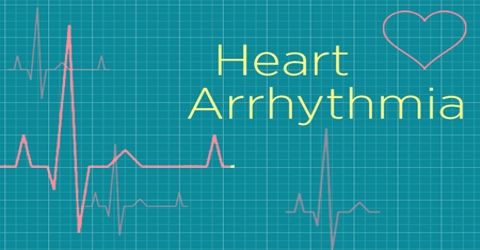 An arrhythmia explains an unbalanced heartbeat – the heart may beat too speedy (tachycardia), too gradually (bradycardia), too early (premature contraction), or erratically (fibrillation). Arrhythmias happen when the electrical signals to the heart that coordinate heartbeats are not working correctly. Many heart arrhythmias are harmless. The main types of arrhythmia are: Your symptoms will depend on the type and harshness of your arrhythmia. How frequently you get them will also differ, ranging from every day to very uncommonly (once or twice a year for example). Noticeable arrhythmia symptoms may include: The treatments used for arrhythmias include:

Blood tests. These can test for certain substances in your blood, such as potassium.

Electrocardiogram (ECG). This records the electrical activity of your heart to see how well it’s working.

Echocardiogram. This uses ultrasound (sound waves) to look at your heart’s structure, valves and pumping action.

Arrhythmia is more familiar in people over 60. For most people, arrhythmias aren’t severe. Some types of arrhythmia may be caused by particular triggers, such as alcohol, smoking tobacco, pressure and anxiety, exercise and certain medicines. It may not be promising to find a cause for your arrhythmia. It’s significant to keep in mind that having arrhythmia doesn’t essentially mean that you have a severe heart problem.