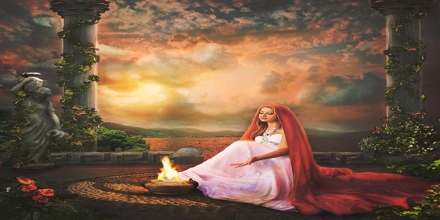 Basic objective of this lecture is to present on Ancient Greek God: Hestia. Hestia was the goddess of the hearth, family, and domestic life. She was not worshipped publicly, which is evident by the lack of temples and shrines attributed to her. Her name meant both a house and a hearth, symbolizing the home and its residents. She also represented the coalition and relationship between the colonies and the mother cities. Hestia is also called Vesta.