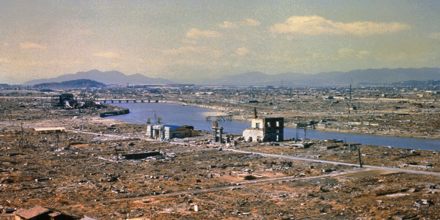 General purpose of this lecture is to present on Aftermath of World War II. The Allies established occupation administrations in Austria and Germany. The former became a neutral state, non-aligned with any political bloc. The latter was divided into western and eastern occupation zones controlled by the Western Allies and the USSR, accordingly. A denazification program in Germany led to the prosecution of Nazi war criminals and the removal of ex-Nazis from power, although this policy moved towards amnesty and re-integration of ex-Nazis into West German society.