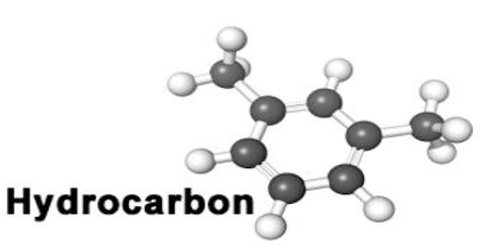 Hydrocarbon is a class of organic chemical compounds composed only of the elements carbon (C) and hydrogen (H). Hydrocarbons from which one hydrogen atom has been removed are functional groups, called hydrocarbyls. Aromatic hydrocarbons (arenes), alkanes, alkenes, cycloalkanes and alkyne-based compounds are different types of hydrocarbons. 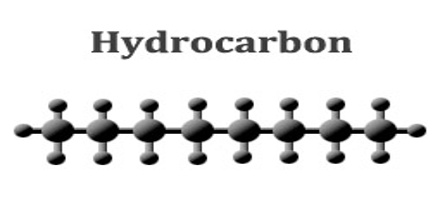 Hydrocarbons are the principal constituents of petroleum and natural gas. These are used as fuels, solvents, and as raw materials for numerous products such as dyes, pesticides, and plastics; petroleum is a mixture of several hydrocarbons. Emission of gases resulting from combustion of hydrocarbons (in auto engines and industrial plants) is a major cause of air pollution and global warming.

The majority of hydrocarbons found on Earth naturally occur in crude oil, where decomposed organic matter provides an abundance of carbon and hydrogen which, when bonded, can catenate to form seemingly limitless chains.

Hydrocarbon is an organic compound made of nothing more than carbons and hydrogens. It is possible for double or triple bonds to form between carbon atoms and even for structures, such as rings, to form. The classifications for hydrocarbons, defined by IUPAC nomenclature of organic chemistry are as follows: 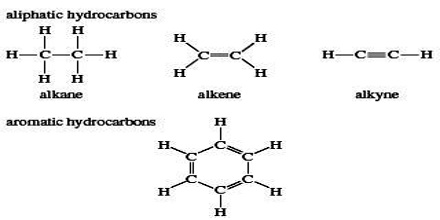 Hydrocarbons are hydrophobic like lipids. Some hydrocarbons also are abundant in the solar system. Lakes of liquid methane and ethane have been found on Titan, Saturn’s largest moon, confirmed by the Cassini-Huygens Mission. Hydrocarbons are also abundant in nebulae forming polycyclic aromatic hydrocarbon (PAH) compounds. The hydrocarbons are the most broadly used organic compounds known, and are quite literally the driving force of western civilization. The greatest amounts of hydrocarbons are used as fuel for combustion, particularly in heating and motor fuel applications. 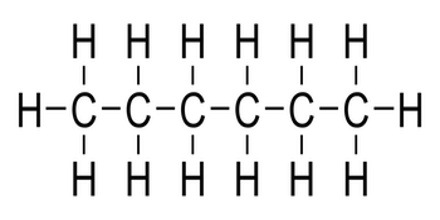 Hydrocarbon use is also prevalent in nature. Some eusocial arthropods, such as the Brazilian stingless bee Schwarziana quadripunctata, use unique hydrocarbon “scents” in order to determine kin from non-kin. The chemical hydrocarbon composition varies between age, sex, nest location, and hierarchal position.

Most hydrocarbons are generated from the thermal ‘cracking’ and fractional distillation of crude oil. Another major source is the industrial alteration of ethanol to produce ethylene. The ethylene so produced becomes a feedstock for the industrial synthesis of other hydrocarbons up to and including polyethylene.