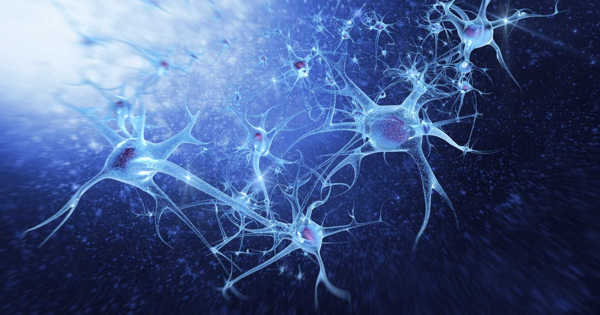 Our brains have sensory cells that process the faces we see, as well as memory cells that store information from personal encounters. However, until now, a hybrid neuron capable of linking vision and memory – and explaining how we remember familiar faces – remained elusive.

Scientists have long sought a class of brain cells that could explain the visceral flash of recognition we experience when we see a very familiar face, such as that of our grandmothers. However, the elusive “grandmother neuron” – a single cell at the crossroads of sensory perception and memory capable of prioritizing an important face over the rabble – remained elusive.

New research has discovered a type of neuron in the temporal pole region of the brain that connects face perception to long-term memory. It’s not quite the fabled grandmother neuron; rather than a single cell, it’s a population of cells that remembers grandma’s face collectively. The findings, which were published in Science, are the first to explain how our brains imprint the faces of those we care about.

“When I was in neuroscience, if you wanted to mock someone’s argument, you’d dismiss it as ‘just another grandmother neuron’ – a hypothetical that couldn’t exist,” says Winrich Freiwald, professor of neurosciences and behavior at The Rockefeller University.

“Now, in an obscure and understudied corner of the brain, we have found the closest thing to a grandmother neuron: cells capable of linking face perception to memory.”

Scientists have long searched in vain for a class of brain cells that could explain the visceral flash of recognition that we feel when we see a very familiar face, like that of our grandmothers.

Have I seen that face before?

The concept of a grandmother neuron first appeared in the 1960s as a theoretical brain cell capable of coding for a specific, complex concept on its own. One neuron is responsible for recalling one’s grandmother, another for recalling one’s mother, and so on. The idea of a one-to-one relationship between brain cells and objects or concepts was an attempt to solve the mystery of how the brain combines what we see with our long-term memories.

Since then, scientists have discovered a plethora of sensory neurons that specialize in processing facial information, as well as a plethora of memory cells dedicated to storing data from personal encounters. A grandmother neuron, or even a hybrid cell capable of linking vision and memory, never materialized. “The expectation is that we’d have this figured out by now,” Freiwald says. “Not at all! We had no idea where or how the brain processes familiar faces.”

Freiwald and colleagues recently discovered that a small area in the temporal pole region of the brain may be involved in facial recognition. So, using functional magnetic resonance imaging as a guide, the researchers zoomed in on the TP regions of two rhesus monkeys and recorded the electrical signals of TP neurons while the macaques watched images of familiar faces (which they had seen in person) and unfamiliar faces (which they had only seen virtually, on a screen).

The researchers discovered that neurons in the TP region were highly selective, responding more strongly to familiar faces than unfamiliar ones. And the neurons were quick, distinguishing between known and unknown faces as soon as the image was processed.

Surprisingly, these cells responded three times stronger to familiar faces than unfamiliar faces, despite the fact that the subjects had seen the unfamiliar faces many times virtually, on screens. “This may point to the importance of getting to know someone in person,” says neuroscientist Sofia Landi, the paper’s first author. “Given the current trend toward virtualization, it is important to note that faces seen on a screen may not elicit the same neuronal activity as faces met in person.”

A tapestry of grandmothers

The findings are the first proof of a hybrid brain cell, similar to the fabled grandmother neuron. The cells in the TP region respond to visual stimuli in a sensory-like manner, with consistent and rapid responses. However, they also function as memory cells, responding only to stimuli that the brain has seen before – in this case, familiar individuals – indicating a change in the brain as a result of previous encounters. “They’re these very visual, very sensory cells, but they’re also memory cells,” Freiwald explains. “We’ve found a link between the sensory and memory domains.”

However, the cells are not strictly grandmother neurons. Instead of coding for a single familiar face, the cells of the TP region appear to collaborate as a group. “It’s the brain’s ‘grandmother face area,” Freiwald explains.

The discovery of the TP region at the heart of facial recognition means that researchers will be able to investigate how those cells encode familiar faces in the near future. “We can now ask how this region is linked to the rest of the brain, and what happens when a new face appears,” Freiwald says. “Of course, we can start looking into how it works in the human brain.”

The findings may have clinical implications for people suffering from prosopagnosia, or face blindness, a socially isolating condition that affects about 1% of the population in the future. “People who are face-blind frequently suffer from depression. It can be crippling because, in the worst cases, they are unable to recognize close relatives “According to Freiwald.

“This discovery may one day aid us in devising strategies to assist them.”