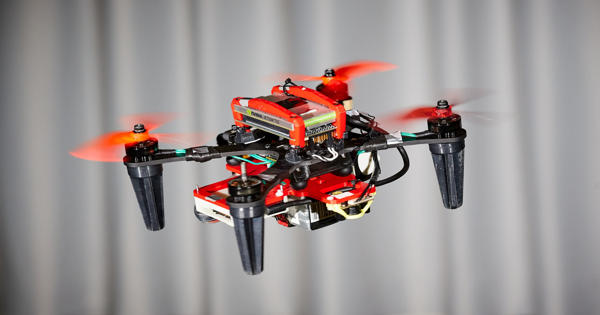 Quadrotor acrobatic flight is extremely difficult. High thrust and extreme angular accelerations are required for maneuvers such as the loop, matty flip, and barrel roll, which push the platform to its physical limits. Human drone pilots need years of practice to master such agile maneuvers safely. However, a minor error could cause the platform to lose control and crash. This post describes a method for safely training acrobatic controllers in simulation and deploying them on physical quadrotors with no fine-tuning (zero-shot transfer). The method relies solely on onboard sensing and computation.

In collaboration with Intel, researchers from the University of Zurich and ETH Zurich’s Robotics and Perception Group have developed a neural network training method that “enables an autonomous quadrotor to fly extreme acrobatic maneuvers with only onboard sensing and computation.” Excessive.

A team of researchers from the University of Zurich has developed a quadrotor helicopter, or quadcopter, that can learn to fly acrobatic maneuvers in collaboration with the microprocessor company Intel. While a power loop or barrel roll may not be required in standard drone operations, a drone capable of performing such maneuvers is likely to be far more efficient. It can be pushed to its physical limits, allowing it to make full use of its agility and speed while covering more distance on a single charge.

The researchers created a navigation algorithm that allows drones to perform various maneuvers autonomously using only onboard sensor measurements. To demonstrate the efficiency of their algorithm, the researchers performed maneuvers such as a power loop, a barrel roll, or a matty flip, which subject the drone to extremely high thrust and angular acceleration. “This navigation is another step toward integrating autonomous drones into our daily lives,” says Davide Scaramuzza, robotics professor and head of the University of Zurich’s robotics and perception group.

An artificial neural network at the heart of the novel algorithm combines input from the onboard camera and sensors and directly translates this information into control commands. The neural network is only trained using simulated acrobatic maneuvers. This has a number of advantages: Maneuvers can be easily simulated using reference trajectories and do not necessitate costly demonstrations by a human pilot. Training can be scaled to a wide range of maneuvers and poses no physical risk to the quadcopter.

Only a few hours of simulation training are required before the quadcopter is ready for use, with no additional fine-tuning using real data required. The algorithm abstracts sensory input from simulations and applies it to the physical world. “Our algorithm learns to perform acrobatic maneuvers that are difficult even for the best human pilots,” Scaramuzza explains.

However, the researchers admit that human pilots are still superior to self-driving drones. “Human pilots are faster to adjust and can process unexpected situations and changes in the environment,” says Scaramuzza. Nonetheless, the robotics professor believes that drones used for search and rescue missions or delivery services will benefit from the ability to travel long distances quickly and efficiently.

Deep Drone Acrobatics proposed a completely new controller structure that combines the traditional estimation module and the control module into a single, specialized sensorimotor controller. The approach outperforms the traditional method of separating estimation and control, but it has some drawbacks. We see these constraints as a very interesting area for future research.