A white dwarf supernova occurred in the nearby dwarf galaxy known as the Large Magellanic Cloud over 160,000 years ago. Around 670 years ago, its light traversed space and landed on Earth. That is the most recent estimate that astronomers have developed. They were able to turn back time and determine when this dead star may have been visible in the sky by examining the shell of material left behind.

The Milky Way’s neighbor galaxy, the Large Magellanic Cloud, is located nearby. It can be seen in the Southern Hemisphere’s night sky alongside the Small Magellanic Cloud, another dwarf galaxy. Supernova SNR 051969.0 has been studied for a long time, and now optical images from Hubble and X-ray data from NASA’s Chandra observatory have combined to provide a more in-depth look at how quickly the shock wave from the explosion is expanding.

At a speed of 5,820 kilometers (3,620 miles) per second, the shocks are the quickest. The slowest shocks have an average speed of 1,670 km/hr (1,040 mph). According to the reconstruction of the shockwaves’ expansion, the explosion occurred approximately 670 years ago, give or take 70 years.

If the explosion occurred during the 1350s, then a completely different Earth might have been able to witness the supernova in the sky. The Battle of Poitiers, a well-known victory, marked the beginning of the Hundred Years’ War. In Europe, the Black Death first manifested itself. The Red Turban Rebellion, which would eventually usher in the Ming Dynasty, was just getting started in China.

Given that it was a Type Ia supernova, the supernova was probably visible to the unaided eye. People in the Southern Hemisphere may have suddenly noticed a bright new star in the Large Magellanic Cloud, however it is still too far away to be visible during the day.

The residents of the Medieval Kingdom of Zimbabwe, which lasted for more than 200 years and saw the construction of intricate stone structures in Southern Africa, may have been able to see this star. The establishment and subsequent development of the Inca empire on the western coast of South America also occurred during the time the supernova occurred.

There were 600 tribes or nations and 250 different languages spoken by an estimated 1 million native Australians at the time. Members of the Kilwa Sultanate may have traveled to Australia during the supernova because some of their coins were discovered in the Northern Territory of the County. 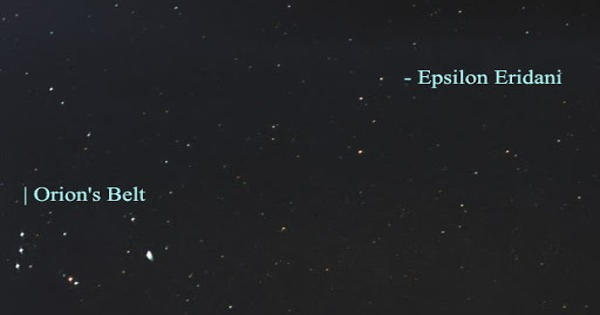 Epsilon Eridani – a Star in the Southern Constellation