Mental health specialists have argued over whether personality disorders may be divided into categories or dimensions for the past ten years. This topic has implications for the mental health of millions of people worldwide, rather than just being a dry academic dispute.

On the one hand, patients who require documentation for insurance purposes may benefit from having a diagnosis on file. On the other hand, there is an argument that categorical diagnoses artificially group mental health problems based on differences along dimensional scales.

Borderline personality disorder (BPD) has gotten the most attention in this ongoing discussion of personality disorders. The adjective “borderline” is frequently used in a derogatory manner to describe persons who may come out as too clinging, unstable, and lacking in boundaries with others.

You might be familiar with someone who is mentioned in this way, usually negatively. The issue is whether it’s OK to place a label on someone, put a circle around their entire personality, and leave it at that.

The Diagnostic and Statistical Manual-5 (DSM-5), used in the U.S. and Canada, retained what researchers maintained was an inaccurate and antiquated system of personality disorder classification based on categories.

The general consensus among the mental health field was that categories will be replaced with a new, dimensional classification system prior to the release of the DSM-5 in 2013. Although this didn’t happen, a compromise of sorts was made because the DSM-5 has what is known as an alternative DSM-5 model that includes severity estimates along with personality dimensional ratings.

When creating the International Classification of Diseases (ICD)-10’s most recent revision, the ICD-11, researchers and clinicians made the decision to forego this dual strategy in favor of one that is essentially identical to the DSM-5 paradigm. A “borderline personality specifier” based on the DSM-5 diagnostic was developed by the authors of the ICD-11 because they were unable to let the borderline personality disorder category fade into obscurity.

According to Fernando Gutiérrez of the Institute of Neuroscience, Hospital Clinic (Barcelona), and colleagues (2022), this last-minute addition to the dimensional system could very well be misguided. Clinicians who support keeping the category in place contend that there was a need for consistency with prior understanding and treatment.

Those opposed argue, in contrast, that

The borderline notion is founded on ad hoc observation and therapeutic tradition, and it does not appear in empirical research that maps the organization of personality illness, including that which led to the renewal of ICD-11.

Potentially a “passport to heterogeneity” (quoting from a previous study), the question is whether it holds up under close empirical scrutiny.

What Is This Thing Called Borderline Personality Disorder?

The Spanish researchers believed that by employing a set of instruments based on the categorical diagnostic system as well as others using dimensional ratings, they could identify such an entity, if there is one, deserving of the BPD diagnosis.

A major strength of this research was the fact that the sample (1,799 adults) ranged from 16 to 76 years old (average age: 40) and included a clinical sample of 324 outpatients with a variety of DSM-5 disorders. None of the clinical patients received a categorical personality disorder diagnosis.

Each participant took a set of tests using both category and dimension-based BPD systems. The dimensional measures tapped the five domains of the ICD-11 system. An additional measure asked participants to rate themselves on items measuring the severity or possible undesired consequences of each dimension, namely: negativity affectivity (losing one’s temper, worrying, and feeling helpless), detachment (lacking friends, avoiding people), dissociality (distrusting others and being callous), impulsiveness, and anankastia or being overly organized. Another scale specifically measured the ICD-11’s borderline pattern specifier (the Borderline Pattern Scale; BPS).

Determining whether the BPS will stand on its own as a distinct entity from the dimensional scale measures became the empirical question. If so, keeping the specifier in the ICD-11 would be justified.

The findings showed that although the BPS retained its own inner consistency, as the authors concluded, “it adds nothing to the prediction of severity when the other domains are considered.” Therefore, the initial five categories appear to function rather well on their own as markers of a person’s place along a personality disorder continuum.

Most importantly, however, was how closely BPS scores matched those for the ones that tapped into negative affectivity. In fact, the correlation between this severity index and BPS scores was an impressive .87 out of a possible 1.00 after making the required statistical modifications. Even so, the authors note that there was a place for specification of BPD, but only as a “particularly intense expression of negative affectivity.”

Despite this proviso, the authors were highly critical of the ICD-11, based on their data, for including the BPS specifier: “At worst, it will complicate diagnosis, produce ambiguous research, and lead to a misunderstanding of what borderline disorder is.”

How to Help Rethink Your Understanding of BPD

In common speech and the media, the term “borderline” will undoubtedly retain its popularity. BPD-related jokes as well as fictitious portrayals of major characters in art and theater will unavoidably continue. Given its widespread use, you can catch yourself categorizing others who seem to trample on your personal space or behave in perplexing, irrational ways.

The Gutiérrez et al. findings throw considerable doubt onto the existence of this unique condition as distinct from its components of, particularly, intense negative affectivity. When you think about what makes a person “borderline,” indeed, it may be this quality to which you respond. Disinhibition and detachment were the ICD-11 domains that came after BPS in the list when compared to BPS. This result indicates that BPD’s complexity cannot even be captured by a straightforward domain.

In conclusion, it can be challenging to consider people’s psychological problems in any way other than through the perspective of an all-or-nothing entity after a category label has been created. This more subtle method of recognizing people by their innate traits rather than by their given names can have effects that go beyond diagnosis and lead to daily contentment. 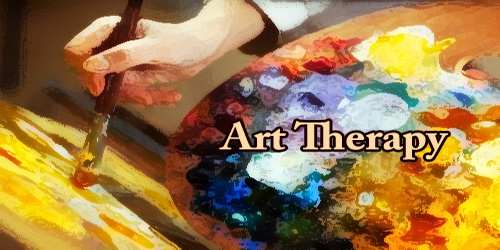