Astronauts’ lives are at risk and satellite electronics are destroyed when high-energy particles bombard the earth and objects outside the earth’s atmosphere at unpredictable periods. This confounding issue regarding the weather in space has baffled scientists for decades.

Even stronger radiation showers than those that can reach passengers in aircraft flying over the North Pole can be produced by these flare-ups. Despite their best attempts, scientists have been unable to definitively pinpoint a pattern for how and when flare-ups may occur.

Authors Luca Comisso and Lorenzo Sironi of Columbia’s Department of Astronomy and the Astrophysics Laboratory have used supercomputers for the first time to simulate when and how high-energy particles are born in turbulent environments like that on the sun’s atmosphere in a paper published this week in The Astrophysical Journal Letters. This new study opens the door for more precise forecasts of the timing of these particles’ potentially harmful bursts.

“This exciting new research will allow us to better predict the origin of solar energetic particles and improve forecasting models of space weather events, a key goal of NASA and other space agencies and governments around the globe,” Comisso said.

The nearest spacecraft to the sun, NASA’s Parker Solar Probe, may be able to directly observe the expected distribution of high-energy particles produced in the sun’s outer atmosphere within the next few years, he noted, validating the conclusions of the report.

In their paper, “Ion and Electron Acceleration in Fully Kinetic Plasma Turbulence,” Comisso and Sironi demonstrate that magnetic fields in the outer atmosphere of the sun can accelerate ions and electrons up to velocities close to the speed of light. Particles in a plasma state, which is different from liquid, gas, and solid phases and makes up the outer atmosphere of the sun and other stars, are very turbulent.

Long held scientific theory holds that high-energy particles are produced by the plasma of the sun. However, because plasma particles travel so irregularly and unpredictable, it has been difficult to adequately explain how and when this happens.

Comisso and Sironi developed computer simulations that depict the precise motions of electrons and ions in the sun’s plasma using supercomputers at Columbia, NASA, and the National Energy Research Scientific Computing Center. The most thorough information acquired to far on how and when high-energy particles would develop is provided by these simulations, which simulate the atmosphere conditions on the sun.

The study offers responses to queries that have been under investigation for at least 70 years, including: Enrico Fermi, a physicist, started looking into magnetic fields in space as a possible origin for the high-energy particles (which he called cosmic rays) that were seen entering the earth’s atmosphere in 1949. Since then, it has been speculated by scientists that the plasma of the sun is a significant source of these particles, but it has proven challenging to prove.

Comisso and Sironi’s research, which was conducted with support from NASA and the National Science Foundation, has implications far beyond our own solar system. In the universe, plasma makes up the vast bulk of the observable matter.

Since energetic particles are commonly detected not just in the solar system but also in other environments throughout the universe, such as the vicinity of black holes and neutron stars, it is crucial to understand how certain of the plasma’s constituent particles might be accelerated to high energies.

While Comisso and Sironi’s latest paper focuses on the sun, additional simulations might be performed in various scenarios to determine how and when far-off stars, black holes, and other cosmic objects would produce their own energy bursts.

“Our results center on the sun but can also be seen as a starting point to better understanding how high-energy particles are produced in more distant stars and around black holes,” Comisso said. “We’ve only scratched the surface of what supercomputer simulations can tell us about how these particles are born across the universe.” 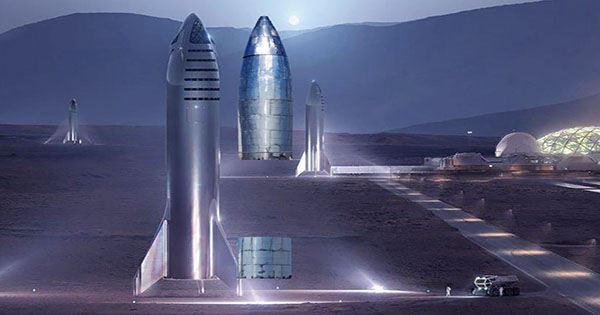 Gliese 649 b – an Extrasolar Planet

Watch the DART collision with the asteroid, as seen by telescopes on Earth