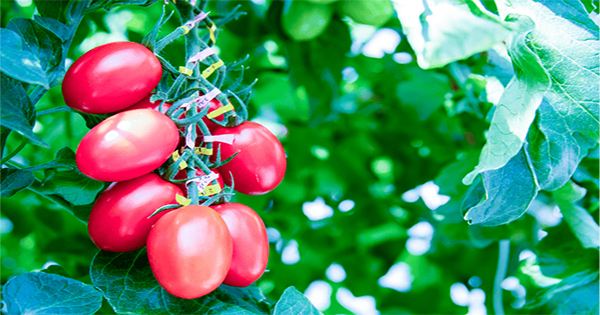 The first CRISPR gene-edited product, a tomato with a purported increase in nutritious content, has recently gone on sale in Japan. Sanatech Seed’s Sicilian Rouge High GABA tomato sold gene-edited seeds to any farmers that desired them earlier this year, and 4,200 farmers took advantage of the offer. The tomatoes are now ready to sell. As far as Sanatech Seed and media sources can tell, this is the first public sale of CRISPR-edited food.

The initial idea, according to the company, was to sell the puree first, but due to “many demands,” they have started selling tomatoes ahead of schedule. The tomatoes, on the other hand, are only the beginning of the curated variety of fruits and vegetables, with many more to follow in the future. “We are delighted with consumers and producers as a seedling development company that uses genome editing technologies. Sanatech Seed stated in their release, “We will continue to produce cultivars that may be enjoyed.”

Reduced quantities of an enzyme that breaks down GABA, an inhibitory neurotransmitter that stops signals across nerve synapses, are present in the tomatoes in the issue. As a result, the tomatoes contain almost five times as much GABA, which has a relaxing impact on the body and may help with stress and sleep, according to some research. This research is controversial, and many studies of this type have a conflict of interest, but evidence thus far suggests that supplementary GABA has a modest influence on advances in this area.

While gene editing may seem threatening and is frequently used as a buzzword by those opposed to genetically modified organisms, most of the produce we eat today has undergone some form of gene modification. Bananas, for example, are the consequence of millennia of crossbreeding with various types, with wild bananas containing enormous seeds. During this process, producers use selective breeding to change the qualities they want – CRISPR just provides scientists more control over which genes are introduced, muted, or active.

Because identical alterations can occur naturally, Japan does not consider these tomatoes to genetically modified, and they are currently available for purchase. The Sicilian Rouge High GABA tomato is almost certainly not the final CRISPR-modified product that consumers will encounter. Following its leave from the European Union, the United Kingdom is undergoing a legal overhaul, and gene-editing restrictions for food expected to be relaxed. Plant biologists in the United Kingdom have unveiled plans for a genetically edited wheat plant that, when toasted or fried, should produce fewer levels of a suspected carcinogen.