Home Science Medical To Combat the Flu, Researchers are Testing an Intranasal Spray and Injection form of an mRNA Vaccine Because of the COVID-19 pandemic, messenger RNA vaccine technology, once a mysterious field of study, gained widespread attention. Now, researchers are developing an mRNA flu vaccine strategy that, at least according to this study, calls for administering the initial dose as a shot but the booster as an mRNA nasal spray.

The vaccine is an influenza virus nucleoprotein-targeting self-amplifying mRNA vaccine. Because it is less likely to alter than viral surface proteins, this structure in influenza A viruses is a highly conserved multifunctional protein and a crucial target in vaccine and antiviral research.

The plan developed by scientists, mostly from the University of Minnesota who are working with partners elsewhere in the United States, was to produce memory T cells that are stable sustained in respiratory tissues and are resident in the lungs.

The research is currently being conducted in animal models, but the goal is to develop a vaccine and a delivery system for it that will help humanity defeat one of its most tenacious enemies: the flu.

An estimated 36,000 fatalities and millions of hospitalizations are attributed to influenza-related disease each year in the United States. The World Health Organization predicts between 250,000 and 500,000 flu-related deaths annually worldwide.

Additionally, during influenza pandemics, the viral infection can have even more devastating effects, as was the case in 1918, when the virus infected an estimated 500 million individuals, or roughly one-third of the world’s population, and 50 million of them perished.

An mRNA flu vaccine method that causes resident memory T cells to fan out in the lungs and be ready for infection was the aim of the Minnesota-based study.

We generated a self-amplifying mRNA vaccine encoding the influenza A virus nucleoprotein. We report how routes of immunization in mice, including contralateral versus ipsilateral intramuscular boosts, or intravenous and intranasal routes, influenced influenza-specific cell-mediated and humoral immunity.

“Respiratory tract resident memory T cells, typically generated by local vaccination or infection, can accelerate control of pulmonary infections that evade neutralizing antibody,” writes Dr. Marco Künzli of the Center for Immunology in the Department of Microbiology and Immunology at the University of Minnesota.

As the study’s primary author, Künzli sought to determine whether mRNA vaccine technology could be used to assist in the establishment of pulmonary resident memory T cells in the lungs of animal models. Their findings were published in the journal Science Immunology.

A primary prime and boost using intramuscular immunization was followed by a secondary intranasal booster in the research technique they developed. This method effectively encouraged CD4 and CD8 memory T cells in lung tissue.

The results show how mRNA vaccine technology can be adapted to protect the lungs from any respiratory illness, such as RSV respiratory syncytial virus or, beyond RSV, any other pathogen from a large swath of respiratory infectious agents. This goes beyond the current research.

“We generated a self-amplifying mRNA vaccine encoding the influenza A virus nucleoprotein,” Künzli continued, noting the nucleoprotein “is encapsulated in modified dendron–based nanoparticles.”

“We report how routes of immunization in mice, including contralateral versus ipsilateral intramuscular boosts, or intravenous and intranasal routes, influenced influenza-specific cell-mediated and humoral immunity,” Künzli asserted.

After the prime-boost intramuscular dose, initial research showed that respiratory resident memory T cells infiltrated lung tissue and became long-term residents. The intranasal booster contributed to the development of memory CD4 and CD8 T cells that circulate and dwell in the lungs by further raising the amount of pulmonary resident memory T cells.

The new research follows the success of mRNA vaccines against SARS-CoV-2 and suggests novel approaches of administering an mRNA to achieve an immunological aim.

Research on mRNA vaccines for a wide range of unique medical problems, including many cancer types, uncommon diseases, and yes, numerous infectious diseases, is also progressing. The latest flu research confirms that mRNA technology is not only reliable but also capable of being investigated as a highly customized flu weapon.

“The prospects are exciting for combating emerging pathogens, antigenically variable pathogens that might be addressed by megavalent vaccination, and perhaps non-infection conditions such as personalized tumor vaccines,” Künzli noted. 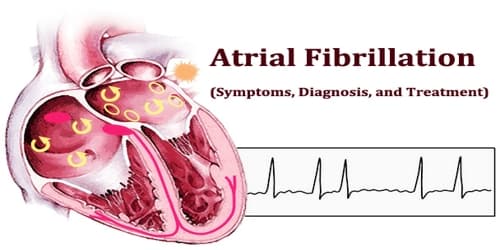 Spotting the Signs of Meningitis