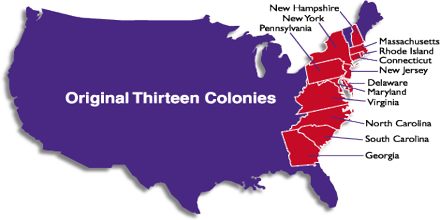 The aim of this lecture is to explore the who, when, where, and why behind the thirteen original colonies of early America. The thirteen colonies were: Delaware, Pennsylvania, New Jersey, Georgia, Connecticut, Massachusetts Bay, Maryland, South Carolina, New Hampshire, Virginia, New York, North Carolina, and Rhode Island and Providence Plantations. Original English Colonies was founded in 1607 (Jamestown). Captain John Smith is given credit for starting this colony. Many people at this time wanted to leave their homeland in order to have more freedoms and to not be under the strict rule of the kings of England.