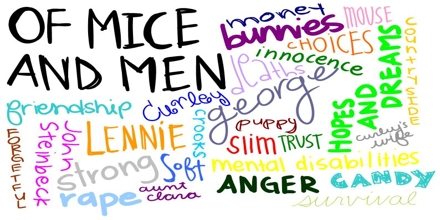 Prime objective of this lecture is to present on Themes Violence: Of Mice and Men. Steinbeck shows the world of nature to be a beautiful and peaceful one, but threatened by the actions of men. The novel “Of Mice and Men” has many examples of a kind of needless violence. For example, Candy relates how the boss gave them whisky and allowed a fight to take place in the bunkhouse. Curley is the most obviously violent character. Whenever he appears there is a feeling of tension. Carlson is another character associated with violence. Compared to the other characters, Lennie reveals an unintentional violence.