Home Other The Obamas’ Higher Ground Will Not Renew Its Spotify Partnership, Report Says According to Bloomberg, Barack and Michelle Obama’s podcasting partnership with Spotify for their firm Higher Ground is coming to an end. According to the article, Higher Ground will not extend the contract and is instead seeking a new partner, citing anonymous persons familiar with the discussions. For its future endeavors, the production business is in talks with a number of distributors, including Amazon’s Audible and iHeartMedia, in the hopes of finding a new partner in the coming weeks. Higher Ground was also in talks with Spotify, but the streaming service eventually declined to make an offer. A transaction like this may be worth tens of millions of dollars.

One obstacle in the failed Spotify discussions might have been the requirement for exclusivity. One of the goals for Higher Ground’s next contract is to break free from the constraints of a single platform and distribute episodes across many platforms. However, the former President has lately joined the battle against disinformation, which Spotify has grappled with as it has expanded into sponsoring exclusive podcasts, such as Joe Rogan’s, which has been accused of promoting health misinformation, requiring Spotify to implement new policies. However, considering that problematic content appears on other platforms, including Apple’s, it’s unclear how much this has sunk contract discussions.

Bloomberg reported that the Obamas are interested in doing a limited series, with each agreeing to participate in an eight-episode program, as opposed to popular podcasts, which are released weekly and last for at least several months. When it came to Higher Ground and Spotify’s collaboration in the past, these were sources of contention, according to the article. After reaching a 2019 contract with Spotify, two of Higher Ground’s podcasts, “The Michelle Obama Podcast” and “Renegades: Born in the USA,” were launched first on Spotify and then on other platforms months later. Higher Ground intended to give other artists opportunity, but Spotify wanted more programming featuring the Obamas directly.

Spotify and Higher Ground collaborated on five programs, according to Bloomberg, with Higher Ground pitching dozens more. Spotify has been pushing into podcasting through multimillion-dollar partnerships for a long now. Joe Rogan, who sparked controversy by disseminating falsehoods through his podcast, signed an exclusive $100 million agreement with the firm in 2020 for “The Joe Rogan Experience.”

In 2019, Spotify paid $340 million to acquire the podcasting studios Gimlet and Anchor. Spotify purchased The Ringer in 2020 and Podz, a podcast discovery company, for $49.4 million earlier this year. According to The Hollywood Reporter, the Obamas have six projects in development at Netflix, and this isn’t the only media production contract they have in the works. 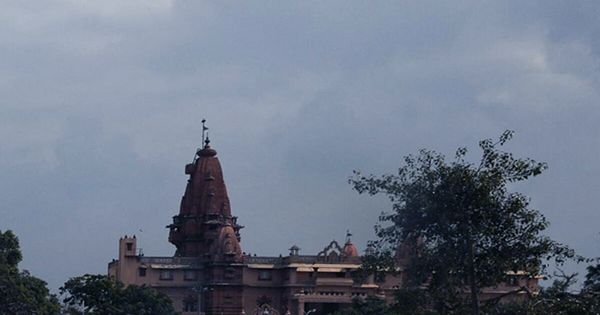 Thieves Return Stolen Treasure to Temple after Being Haunted By Nightmares