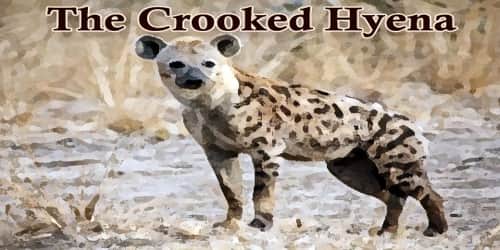 In a thick bamboo jungle, two young pandas had started their new life. Both of them were very cute and chubby. They were born only a few days ago. Their mother had lovingly christened them Jackie and Mickey.

Jackie and Mickey were pretty young and weak. They were not even big enough to take care of themselves. Therefore, their mother said, “Kids, you are growing now, you should be able to differentiate between a friend and a foe.”

“Mother, who are friends and foes?” asked Jackie and Mickey.

“One who helps us and stands by us in all our odds is our friend. And one who harms us kills innocent animals and birds, is our enemy. Do you understand anything?” asked their mother.

“Yes mother, we do understand. We will maintain a safe distance from our enemies and not even let them come near us,” Jackie and Mickey assured their mother.

“Good, my children. I was expecting the same understanding from both of you. Now I can leave you alone as you have grown wise,” said their mother, and she gave her children a hug.

The next day Mother Panda went to visit her sister. She left Jackie and Mickey alone and went away.

All this while a Hyena was keeping an evil eye on Jackie and Mickey. He was looking for the right opportunity for the past few days. The Hyena’s mouth watered when he saw the young and chubby pandas. With their mother away, the Hyena found that much-awaited opportunity.

The Hyena came near the bamboo and said, “Hello friends, what are you doing on the bamboo. Come near me, I will sing you a song and take you both for a jungle-ride.”

The pandas were surprised to hear the Hyena. On seeing the dangerous-looking Hyena down below, Jackie whispered, “This cannot be our friend. He has big teeth. Our mother had asked us to stay away from enemies. We have to be careful and don’t have to go near the Hyena.”

On hearing what Jackie had to say, Mickey cried aloud, “You wicked Hyena, you are our enemy, you want to eat us to satisfy your hunger. We will never get down.”

“Are you out of your mind? Believe me, I am not your enemy, I am your friend,” the Hyena tried to convince the young pandas.

Mickey heard the Hyena and understood clearly that his intentions were not correct. He thought, “This devil will not leave us peacefully. We have to think about some other trick to get rid of him for some time.”

Suddenly his eyes fell on the bamboo and he said, “Our mother had advised us not to make friends with anybody till flowers bloomed on the bamboo. So you will have to wait until the bamboo flowers.”

“All right then, I will wait. All the young children should obey their mothers,” said the crooked Hyena, grimacing.

The Hyena realized that his luring the young pandas had back-fired. Totally dejected, he went away. Jackie and Mickey heaved a sigh of relief as the Hyena went away. They once again got busy eating fresh soft leaves of bamboo.

The flowers bloomed on the bamboo within a week’s time.

The Hyena’s happiness knew no bounds, and he said aloud to himself, “Wonderful, flowers on the bamboo have brought me good luck. Now both the young pandas have to be friends with me. I will lure them away and feast on them.”

The Hyena once again came to the pandas and said, “Now the flowers have bloomed on the bamboo. Hurry up and get down to shake hands with me.”

Mickey was very upset and was at his wit’s end as to how to get rid of the beast this time. Jackie, however, was least afraid of the Hyena. He was busy sharpening a thick bamboo pointed at both its ends. When the bamboo became pointed, he hurled it towards the Hyena.

He pointed towards the pointed bamboo and said, “We can become friends only when you put the bamboo in your mouth and jump from that cliff.”

The flabbergasted Hyena asked, “But why should I jump with bamboo in my mouth? Can’t we become friends without this exercise?”

“Absolutely not. Our mother had said that if the Hyena does not jump with the bamboo in his mouth, we should not be friends with him. If you have to be our friend, then you have to do as I say,” said Jackie very seriously.

The Hyena became thoughtful. He was thoroughly trapped in Jackey’s trap. If he refused to do what was being told, he had to retreat. Finally, under compulsion, he decided to jump with the bamboo in his mouth.

Despite his reluctance, the Hyena inserted the pointed end of the bamboo in his mouth and climbed the cliff and jumped.

The moment he landed on the ground, the Hyena shouted loudly in pain, “Oh my God! I am dead. The bamboo has pierced through my neck.”

The panda brothers jumped with joy. Meanwhile, the Mother Panda had also returned after visiting her sister. She saw the Hyena writhing in pain. Jackey and Mickey told her everything. When she came to know everything, she applauded her sons and said, “Well done, you have proved that both of you are brave and intelligent and can defend yourself from prying enemies.”

The Hyena, with the bamboo stuck in his mouth, was in really bad shape. He ran away as fast as he could and was never seen in the jungle again.