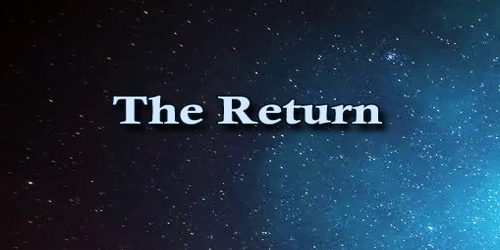 It was curious that sense of dull uneasiness that came over him so suddenly, so stealthily at first he scarcely noticed it, but with such marked increase after a time that he presently got up and left the theater. His seat was on the gangway of the dress circle, and he slipped out awkwardly in the middle of what seemed to be the best and jolliest song of the piece. The full house was shaking with laughter; so infectious was the gaiety that even strangers turned to one another as much as to say, “Now, isn’t that funny?”

It was curious, too, the way the feeling first got into him at all, and in the full swing of laughter, music, light-heartedness; for it came as a vague suggestion, “I’ve forgotten something I meant to do something of importance. What in the world was it, now?” And he thought hard, searching vainly through his mind; then dismissed it as the dancing caught his attention. It came back a little later again, during a passage of long-winded talk that bored him and set his attention free once more, but came more strongly this time, insisting on an answer. What could it have been that he had overlooked, left undone, omitted to see to? It went on nibbling at the subconscious part of him. Several times this happened, this dismissal and return, till at last the thing declared itself more plainly and he felt bothered, troubled, and distinctly uneasy.

He was wanted somewhere. There was somewhere else he ought to be. That describes it best, perhaps. Some engagement of moment had entirely slipped his memory an engagement that involved another person, too. But where, what, with whom? And, at length, this vague uneasiness amounted to positive discomfort, so that he felt unable to enjoy the piece, and left abruptly.

Like a man to whom comes suddenly the horrible idea that the match he lit his cigarette with and flung into the waste-paper basket on leaving was not really out a sort of panic distress he jumped into a taxicab and hurried to his flat to find everything in order, of course; no smoke, no fire, no smell of burning.

But his evening was spoiled. He sat smoking in his armchair at home, this businessman of forty, practical in mind, of character some called stolid, cursing himself for an imaginative fool. It was now too late to go back to the theater; the club bored him; he spent an hour with the evening papers, dipping into books, sipping a long cool drink, doing odds and ends about the flat. “I’ll go to bed early for a change,” he laughed, but really all the time fighting yes, deliberately fighting this strange attack of uneasiness that so insidiously grew upwards, outwards from the buried depths of him that sought so strenuously to deny it. It never occurred to him that he was ill. He was not ill. His health was thunderingly good. He was as robust as a coal-heaver.

The flat was roomy, high up on the top floor, yet in a busy part of town so that the roar of traffic mounted round it like a sea. Through the open windows came the fresh night air of June. He had never noticed before how sweet the London night air could be, and that not all the smoke and dust could smother a certain touch of wild fragrance that tinctured it with perfume yes, almost perfume as of the country. He swallowed a draught of it as he stood there, staring out across the tangled world of roofs and chimney-pots. He saw the procession of the clouds; he saw the stars; he saw the moonlight falling in a shower of silver spears upon the slates and wires and steeples. And something in him quickened something that had never stirred before.

He turned with a horrid start, for the uneasiness had of a sudden leaped within him like an animal. There was someone in the flat.

Instantly, with action even this slight action the fancy vanished; but, all the same, he switched on the electric lights and made a search. For it seemed to him that someone had crept up close behind him while he stood there watching the night someone, whose silent presence fingered with an unerring touch both this new thing that had quickened in his heart and that sense of original deep uneasiness. He was amazed at himself angry indignant that he could be thus foolishly upset over nothing, yet at the same time profoundly distressed at this vehement growth of a new thing in his well-ordered personality. Growth? He dismissed the word the moment it occurred to him but it had occurred to him. It stayed. While he searched the empty flat, the long passages, the gloomy bedroom at the end, the little hall where he kept his overcoats and golf sticks, it stayed. Growth! It was oddly disquieting. Growth to him involved, though he neither acknowledged nor recognized the truth perhaps, some kind of undesirable changeableness, instability, and unbalance.

Yet singular as it all was, he realized that the uneasiness and the sudden appreciation of beauty that was so new to him had both entered by the same door into his being. When he came back to the front room he noticed that he was perspiring. There were little drops of moisture on his forehead. And down his spine ran chills, little, faint quivers of cold. He was shivering.

He lit his big meerschaum pipe and left the lights all burning. The feeling that there was something he had overlooked, forgotten, left undone, had vanished.

Whatever the original cause of this absurd uneasiness might be he called it absurd on purpose because he now realized in the depths of him that it was really more vital than he cared about it was much nearer to discovery than before. It dodged about just below the threshold of discovery. It was as close as that. Any moment he would know what it was; he would remember. Yes, he would remember.

Meanwhile, he was in the right place. No desire to go elsewhere afflicted him, as in the theater. Here was the place, here in the flat.

And then it was with a kind of sudden burst and rush it seemed to him the only way to phrase it memory gave up her dead.

At first, he only caught her peeping round the corner at him, drawing aside a corner of an enormous curtain, as it were; striving for more complete entrance as though the mass of it were difficult to move. But he understood, he knew, he recognized. It was enough for that. As an entrance into his being heart, mind, soul was being attempted and the entrance because of his stolid temperament was difficult of accomplishment, there was an effort, strain.

Something in him had first to be opened up, widened, made soft and ready as by an operation before full entrance could be effected. This much he grasped though for the life of him he could not have put it into words. Also, he knew who it was that sought an entrance. Deliberately from himself, he withheld the name. But he knew as surely as though Straughan stood in the room and faced him with a knife saying, “Let me in, let me in. I wish you to know I’m here. I’m clearing away! You recall our promise?”

He rose from his chair and went to the open window again, the strange fear slowly passing. The cool air fanned his cheeks. Beauty till now had scarcely ever brushed the surface of his soul. He had never troubled his head about it. It passed him by indifferent, and he had ever loathed the mouthy prating of it on others’ lips. He was practical; beauty was for dreamers, for women, for men who had means and leisure. He had not exactly scorned it; rather it had never touched his life, to sweeten, to cheer, to uplift. Artists for him were like monks another sex almost useless being who never helped the world go round. He was for action always, work, activity, achievement as he saw them. He remembered Straughan vaguely Straughan, the ever impecunious friend of his youth, always talking of color and sound mysterious, ineffectual things. He even forgot what they had quarreled about, if they had quarreled at all even; or why they had gone apart all these years ago. And certainly, he had forgotten any promise. Memory as yet only peeped at him round the corner of that huge curtain tentatively, suggestively, yet he was obliged to admit it somewhat winningly. He was conscious of this gentle, sweet seductiveness that now replaced his fear.

And as he stood now at the open window peering over huge London, beauty came close and smote him between the eyes. She came blindingly, with her train of stars and clouds and perfumes. Night, mysterious, myriad-eyed, and flaming across her sea of haunted shadows invaded his heart and shook him with her immemorial wonder and delight. He found no words of course to clothe the new unwonted sensations. He only knew that all his former dread, uneasiness, distress, and with them this idea of growth that had seemed so repugnant to him were merged, swept up, and gathered magnificently home into a wave of beauty that enveloped him. “See it, and understand,” ran a secret inner whisper across his mind. He saw. He understood…

He went back and turned the lights out. Then he took his place again at that open window, drinking in the night. He saw a new world; a species of intoxication held him. He sighed, as his thoughts blundered for expression among words and sentences that knew him not.

But the delight was there, the wonder, the mystery. He watched with heart alternately tightening and expanding the transfiguring play of moon and shadow over the sea of buildings. He saw the dance of the hurrying clouds, the open patches into outer space, the veiling and unveiling of that ancient silvery face; and he caught strange whispers of the hierophantic, sacerdotal power that has echoed down the world since Time began and dropped strange magic phrases into every poet’s heart, since first “God dawned on Chaos” the Beauty of the Night.

A long-time passed it may have been one hour; it may have been three when at length he turned away and went slowly to his bedroom. A deep peace lay over him. Something quite new and blessed had crept into his life and thought. He could not quite understand it all. He only knew that it uplifted. There was no longer the least sign of affliction or distress. Even the inevitable reaction that set in could not destroy that.

And then as he lay in bed nearing the borderland of sleep, suddenly and without any obvious suggestion to bring it, he remembered another thing. He remembered the promise. Memory got past the big curtain for an instant and showed her face. She looked into his eyes. It must have been a dozen years ago when Straughan and he had made that foolish solemn promise, that whoever died first should show himself if possible to the other.

He had utterly forgotten it till now. But Straughan had not forgotten it. The letter came three weeks later from India. That very evening Straughan had died at nine o’clock. And he had come back in the Beauty that he loved.