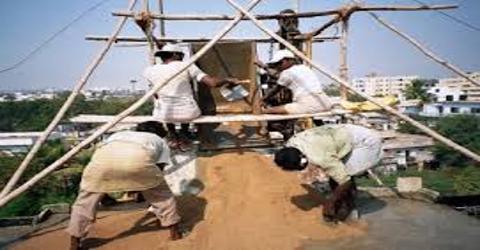 Bangladesh is a developing country, Country has huge population. But this manpower are not skill. Skilled labour force is one of the most important indicators for development of a country. The main objective of this term paper is to estimate the size of the labour force by age, gender, education and locality and to estimate the number of working person by occupation, industry an employment status. And finally discuss to assess the demographic and socio economic conditions of labour force.

Labour Force is one of the most important indicators for development of a country. That country is so much developed, who is capable to utilize his labour force properly. So in order to utilize the labour Force, Survey, Study or Research work is must in this context. Because it is the precondition to make a good plan to proper use on labour force. In my discussion, It covers all population aged 10 years and over who were engaged in economic activities as defined by system of National Accounts, 1993. All persons covered by the term paper, are classified as usual, into three distinct categories namely employed, unemployed and not in the labour force. The objectives of the study is to estimate the size of the labour force, the number of working person, the number of educated unemployed person by age, sex education and locality, As also in objective Bangladesh is to assess the potentiality of labour force in Bangladesh.

The study on labour force potentiality in Bangladesh is based on secondary data which is collected from various are specially on “the report of the labour force survey Bangladesh 2003-2004 by industry and labour wings, BBS, planning division, MOP, Govt. of the PRB, Dhaka.” The Method, usual definition, and extended definition is followed to study. The major findings of this study are, out of total population. The numbers of is population is 74.2 million, where, 38.3 million for male and 35.9 million for female. But male are the major part in labour force group and female are less part.

So it is recommended in the study that female should be encouraged to involve in economic activity. In the labor force, schooling or education should be ensured.

Statement of the Problem

Objective of the Study:

The main objective is to collect comprehensive data (current status) on labour force  aged 15 and above. The other specific objective of the study are as follows:

(i) To estimate the size of the labour force (economically active population) by age, gender, education and locality.

(ii) To estimate the number of working person by occupation, industry an employment status.

(iii) To estimate the number of working person by occupation, industry and employment status.

(iv) To assess the demographic and socio economic conditions of labour force.

(v) To Measures the extents of unemployment/under employment.

(vi) To estimates the Number of educated unemployed by age, sex education and locality and type of economic activity involved on    completion of education.

(vii) To assess the potentiality of labor force in Bangladesh

Scope of the Term paper

The study on labour force potentiality in Bangladesh is based on secondary data which is collected from various area, specially on “The Report of the Labour Force survey Bangladesh 1999-2000” by Industry and Labour wings, Bangladesh Bureau of Statistics, planning division, Ministry of Planning Govt. of the PRB, Dhaka, Bangladesh. Other Source is books/journal Report News Paper.Two method usual definition.

Housing unit is defined as a structure of a part of structure, which is used as a separate living quarter. It should have its own entrance and kitchen facilities.

Household means a group of person’s related or unrelated living together and taking food from same kitchen.

Economic activity is synonymous with the definition of UN system of National Accounts and covers all market production and certain types of non-market production including processing of primary product for own consumption etc.

Labour force is defined as persons aged 15 years or unemployed during the reference period of the study.

Employed Person is a person who was either working once or more hour for pay or profit or working without pay in a family farm or enterprise or organization during the reference period.

Unemployed Person is a person who was voluntarily out of gainful employment during the reference period.

Under employed is the condition where by a person’s employment is considered in adequate time in terms of time worked income earned.

Not in Labour Force:

Person who was not engaged in any economic activity like students.

Self employed means a person working for his/her own house hold farms or non-farms enterprise for profit or family gain.

Activity Rate is the ratio of the number of employed persons to the population of age 15 years and over expressed in percentage.

Gender Activity rate is the ratio of the economically active population to the total population expressed in present.

Refined activity rate: is the ratio of the number of economically active persons to the population of aged 15 years and over expressed in percent and extended definition to followed to study. Some table and edaphically representations is used for study and I mentioned the source of this data.

Planning Commission, Private Organization and other NGO’s Surveyed and conducted research and till now it is going no. The result of that is not satisfactory. Bangladesh child labour force by Report of the labour force every Bangladesh. Both are the activity of Bangladesh Bureau of Statistics (BBS). Planning division of GPRB. Another International report book by United Nations i.e. Economic and social survey of Asia and the pacific 2005 has played important role for my study. So the other Newspaper, weeklies helped me a lot.

It covers all the populations aged 10 years and over who were engaged in economic activities as defined by UN system of national Accounts, 1993. All person covered by the survey are classified as usual into three district categories, namely employed, unemployed and not in labour force. The study covered the whole of the country desegregate by urban and rural areas as in the case of the previous various report.

Two sets of definition of economically active population are currently being used. One is the usual or conventional definition and the other is called the extended definition. Key definitions are already stated in explanatory notes. I would like to express the concept adopted in the labour force study. The first step was to classify all the persons in surveyed house holds into three-broad activity such as (i) working persons (employed)  (ii) not working persons (seeking available for work or unemployed (iii) neither in working nor available for work.

The average no. of wage and salaried persons per household was 0.25 of the national, 0.57 in the urban area and 0.16 in the rural area.

Note: Figure may not add to total due to rounding, working age population refers to population aged 15 years and over which provides labour force in many countries including Bangladesh.

Population aged 15 years and over by activity status:

Population aged 15 years and over by activity status has been presented in table 3.2. It reveals from the table that of the working age population, the highest 34.2% were engaged in house hold work, 24.7% were self employed and own account worker 21.6% worked for wage, salaries and commission, 6.9% were student, 63% were engaged in crop and non-crop production, cottage industry small trade and farm activities as unpaid workers. The percentage of working age population who did not work but available for work was 2.3%, those who retired from service and income  recipients were 2.8% and other 1.2% were beggars, disable etc.

There exists variation between males and females with respect to activity status. It is clearly show in the following table:

Table-02: Population aged 15 years and above by activity status:

Among the male, the highest 42% were self employed/ own account worker followed by 33.9%who worked for wages salaries and commission, 8.1% were student 5.2% were engaged in crop and non- crop production, cottage industries, small trade and farm activities as unpaid worker 3.9% were engaged in house households work 2.9% were retired / income recipient and same percentage 2.9% did not work but available for work and 1.1% were engaged in other works.

Among the females, 66.6% were engaged in household work, followed by 8.4% who worked for wages, salaries and commission 7.5% were engaged in crop and non-crop production, cottage industry, small trade and farm activities as unpaid workers, 5.7% were students, 2.8% were retired, 1.7% did not work but available for work and 1.3% were engaged in other works (Baggers, disabled etc.).

Population Aged 15 years and over by board Economic category:

Table 3: Population Aged 15 years and over by board Economic category

Labour Force by level of Education and literacy:

Table 4: Labour force by level of education has been presented.

Crude and refined activity rates of population aged 15 years and over by sex:

Table 6: Crude and refined activity rates of population aged 15 years and over by sex:

The above figures shows that some sex difference exist in the level of crude and refined activity rate.

Table 7: Employed persons 15 years and over by gender and broad economic sector.

Unemployment and under employment

Table-8: Unemployment rate of population (15+) by sex and residence

Your labour may be defined as those labour who are in the age range 15-29 years.

The age composition of unemployed youth shows an interesting features. The concentration of employed youths was the highest (54.6%) in age group 15-19 and it decreases with the increase in age. This trend is true for both urban and rural areas. How ever the concentration of unemployed reduced sharply in the following age group (20.24) for the rural area compared to urban areas.

labour force by the level of education, there exist sex differentials. The percentage of no schooling was 42.1% for male to 58.7% for female.

Employed labour force 31.1 million for male and 7.9 million for female. So there are sex differentials.

The Women Empowerment in Bangladesh