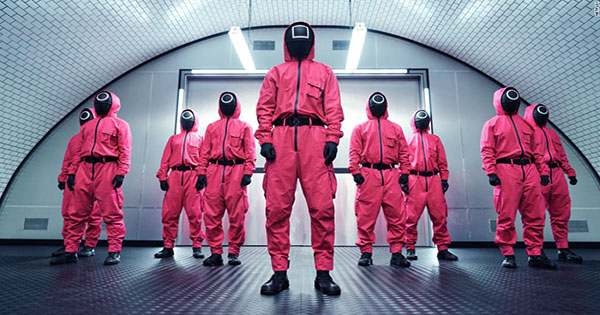 Squid Game Crypto Turns Out To Be a $3 Million Scam

After a stratospheric surge, the value of a cryptocurrency inspired by the Netflix comedy Squid Game plummeted to near-zero this week. While it is unclear what happened, some have claimed that the project’s creators abandoned ship and fled with the cash in what looks to be a “rug pull” fraud.

SQUID cryptocurrency is (or was) a “play-to-earn” cryptocurrency in which users purchased tokens in exchange for playing an online game modeled on the South Korean survival drama Squid Game. Hundreds of cash-strapped players forced to play a variety of lethal games modeled on children’s playground activities in the blockbuster series. The coin, however, never formally linked to the Netflix series.

The currency just released last week, but it has already garnered a lot of buzz and interest, with pieces from the BBC, CNBC, and Business Insider, among others. According to CoinMarketCap, the value of each coin soon increased to over $38 on the last day of October 2021.

The value then soared to $2,856 in only a few hours on Monday, November 1, before plummeting to less than $0.01. SquidGame.cash has since vanished, and their Twitter account has suspended for the time being. The developers of SQUID, according to a message posted on their Telegram channel on Monday, do not want to continue operating the project because they are “depressed from the fraudsters” and “overwhelmed with stress.”

According to all reports, the creators have vanished. This has prompted many to believe that the inventors have pulled a “rug pull,” in which the creators of a cryptocurrency project abruptly cash out their virtual coins for real-world cash or another cryptocurrency of value, causing the price of the cryptocurrency to collapse. According to BscScan, on November 1, an address “known to have been implicated in a SQUID rug grab” swapped masses of SQUID currency for Binance Coin (BNB). According to Gizmodo, the unknown developers made off with a total of $3.38 million.

There were a few warning flags that suggested SQUID might not be all it was cracked up to be, the most notable of which being the fact that tokens could not be resold. Despite this, many people got into the currency due to the founders’ compelling website and a consistent dose of free PR from mainstream media sites – and now they are paying the price.

One investor who had purchased $5,000 worth of SQUID informed CoinMarketCap, “I lost all I have in this project.” “I suppose this will serve as a useful lesson for me not to immediately leap into meme money,” said another. “I’m not blaming anybody except myself, but I believe there should be some system in place to prevent this in the future, and news sites should cease covering these scammer-type tokens.”