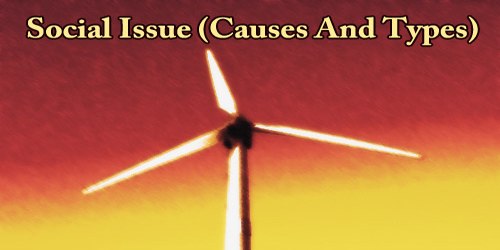 A social issue or problem is an issue that has been recognized by society as a problem that is preventing society from functioning at an optimal level. It is important to understand that not all things that occur in society are raised to the level of social problems. Four factors have been outlined that seem to characterize a social issue or problem. These include:

Social issue is a common problem in present-day society and one that many people strive to solve. It is often the consequence of factors extending beyond an individual’s control. Social issues are the source of a conflicting opinion on the grounds of what is perceived as morally correct or incorrect personal life or interpersonal social life decisions. Social issues are distinguished from economic issues; however, some issues (such as immigration) have both social and economic aspects. There are also issues that do not fall into either category, such as warfare.

There are a variety of methods people use to combat social issues. Some people vote for leaders in a democracy to advance their ideals. Outside the political process, people donate or share their time, money, energy, or other resources. This often takes the form of volunteering. Nonprofit organizations are often formed for the sole purpose of solving a social issue. Community organizing involves gathering people together for a common purpose.

Another reason why social problems occur is due to peer group or family pressure. Disagreement between individuals or groups in a society can also lead to social problems. This is called the interaction perspective.

Social structures are the very basic foundation of any society, and it is a major reason why social issues or problems occur. Some individuals or groups might feel excluded from the social, economic or political structures of society. The social structures of society might be designed in such a way that they shut off or marginalize certain segments of their society, usually minority groups. Added to this is that government interferences and policies, might cause social problems, as they may favor certain segments of the society while excluding others.

The concept of social problem was first developed by sociologists. Fuller and Myers in 1941. They defined it as ‘those conditions or situations which members of the society regard as a threat to their values’. Elucidating their ideas, they said at other places that it is ‘a condition which is defined by a considerable number of persons as a deviation from some social norms which they cherish’.

Social problems encountered in the community are usually very diverse. However, the fact that diversity of social problems can be categorized into four main factors, namely as follows.

Generic types of social issues are as follows:

Social Stratification – Social stratification was a kind of social differentiation whereby members of society are grouped into socioeconomic strata, based upon their occupation and income, wealth and social status, or derived power (social and political). As such, stratification is the relative social position of persons within a social group, category, geographic region, or social unit.

In modern Western societies, social stratification is typically defined in terms of three social classes: (i) the upper class, (ii) the middle class, and (iii) the lower class. In turn, each class can be subdivided into strata (e.g. the upper-stratum, the middle-stratum, and the lower stratum). Moreover, a social stratum can be formed upon the bases of kinship, clan, tribe, caste, or all four.

Economic Issues – In most countries (including developed countries), many people are poor and depend on welfare. In 2007 in Germany, one in six children. That is up from only one in seventy-five in 1965. War also plays an important role in disturbing the economic status of a country by using money that was intended for welfare.

Public Health – Widespread health conditions (often characterized as epidemics or pandemics) are of concern to society as a whole. They can harm quality of life, the ability of people to contribute to society (e.g. by working), and most problematically result in death.

Infectious diseases are often public health concerns because they can spread quickly and easily, affecting large numbers of people. The World Health Organization (WHO) has an acute interest in combating infectious disease outbreaks by minimizing their geographic and numerical spread and treating the affected. Other conditions for which there is not yet a cure or even effective treatment, such as dementia, can be viewed as public health concerns in the long run.

Education and Public Schools – Education is unarguably the most important factor in a person’s success in society. As a result, social problems can be raised by the unequal distribution of funding between public schools, such as that seen in the United States. The weak organizational policy in the place and the lack of communication between public schools and the federal government have led to major effects on the future generation. Public schools that do not receive high standardized test scores are not being sufficiently funded and as a result, their students are not receiving what should be the maximum level of education.

Social Inequality – Social inequality is “the state or quality of being unequal”. Inequality is the root of a number of social problems that occur when factors such as gender, disability, race, and age may affect the way a person is treated. A past example of inequality as a social problem is slavery in the United States. Africans brought to America were often enslaved and mistreated, and they did not share the same rights as the white population of America (for example, they were not allowed to vote).

Abortion – The abortion debate is the ongoing controversy surrounding the moral, legal, and religious status of induced abortion. The sides involved in the debate are the self-described “pro-choice” and “pro-life” movements. “Pro-choice” emphasizes the right of women to decide whether to terminate a pregnancy. “Pro-life” emphasizes the right of the embryo or fetus to gestate to term and be born. Both terms are considered loaded in mainstream media, where terms such as “abortion rights” or “anti-abortion” are generally preferred. Each movement has, with varying results, sought to influence public opinion and to attain legal support for its position.

Sociologists distinguish between two types of social problems. First, problems of social organization which are created by the way the community or the society is organized. Community or society produces situations that some members of the society refuse to accept as right or necessary or even inevi­table. These are, for instance, communalism, casteism, regionalism, poverty, gender discrimination, population, environmental imbalance (different kinds of pollution, health hazards, etc.). Second, problems of deviance having to do with the adjustment of people to conventional ways of living.

The existence of social problems in public life can be known by several processes and analytical stages. Analytical stage is done by making a diagnosis. The process of this social problem diagnosis can be performed using two approaches, namely Person Blame Approach and the system blame approach. 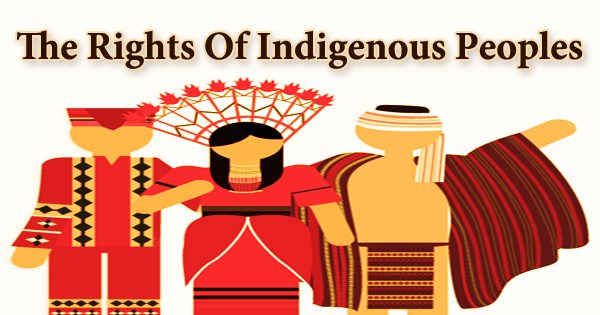 The Rights Of Indigenous Peoples