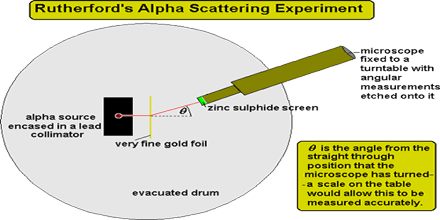 Rutherford shows that the nucleus had a relatively small diameter compared with that of the atom. Most of the mass of the atom is concentrated in the nucleus. This lecture briefly describe Rutherford’s Alpha Scattering Experiment. In it, a beam of alpha particles is aimed at a thin foil of gold. In the experiment: about 99% of the alpha particles pass straight through the foil. In the early days of atomic theory, many physicists tried to explain the model of an atom. In 1909, Rutherford used alpha particles to investigate the composition of gold foil (i.e. to explain the model of an atom).

Distance of our Solar Neighborhood