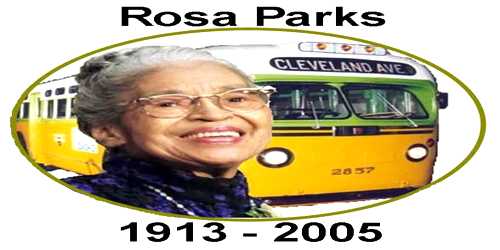 Civil rights activist Rosa Parks refused to surrender her bus seat to a white passenger, spurring the Montgomery boycott and other efforts to end segregation.

In the South, Jim Crowe laws segregated African American’s and whites in almost every aspect of life. The Jim Crow laws were state and local laws in the United States enacted between 1876 and 1965 which dictated the segregation of African Americans from the white populations of the U.S.A.

This included a seating policy on buses. White’s sat in the front, Blacks sat in the back. 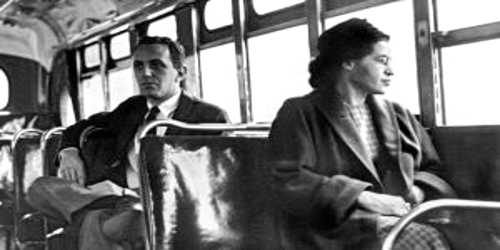 Who Was Rosa Parks?

Civil rights activist Rosa Parks (February 4, 1913 to October 24, 2005) refused to surrender her seat to a white passenger on a segregated Montgomery, Alabama bus, which spurred on the 381-day Montgomery Bus Boycott that helped launch nationwide efforts to end segregation of public facilities. The city of Montgomery had no choice but to lift the law requiring segregation on public buses. Rosa Parks received many accolades during her lifetime, including the NAACP’s highest award.

Events Leading up To Rosa’s Protest 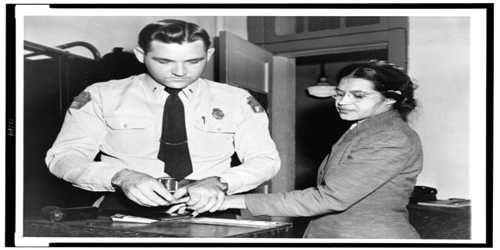 On December 1, 1955, after a long day’s work at a Montgomery department store, where she worked as a seamstress, Rosa Parks boarded the Cleveland Avenue bus for home. She took a seat in the first of several rows designated for “colored” passengers. The Montgomery City Code required that all public transportation be segregated and that bus drivers had the “powers of a police officer of the city while in actual charge of any bus for the purposes of carrying out the provisions” of the code. While operating a bus, drivers were required to provide separate but equal accommodations for white and black passengers by assigning seats.

Parks was arrested and charged with the violation of a segregation law in The Montgomery City Code.

The police arrested Rosa at the scene and charged her with violation of Chapter 6, Section 11, of the Montgomery City Code. She was taken to police headquarters, where, later that night, she was released on bail. 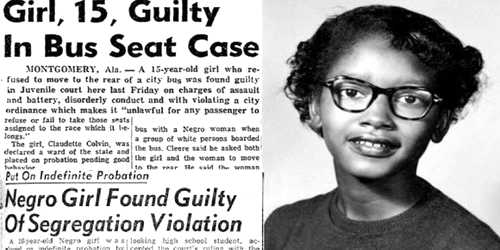 Although she had become a symbol of the Civil Rights Movement, Rosa Parks suffered hardship in the months following her arrest in Montgomery and the subsequent boycott. She lost her department store job and her husband was fired after his boss forbade him to talk about his wife or their legal case. Unable to find work, they eventually left Montgomery; the couple, along with Rosa’s mother, moved to Detroit, Michigan. There, Rosa made a new life for herself, working as a secretary and receptionist in U.S. Representative John Conyer’s congressional office. She also served on the board of the Planned Parenthood Federation of America.

The boycott ultimately led the U.S. Supreme Court to outlaw racial segregation on public buses in Alabama. It also spurred more non-violent protests in other cities and catapulted a young Baptist minister named Martin Luther King, Jr., into prominence as a leader of the civil rights movement. The movement and the laws it prompted, including the Civil Rights Act of 1964 and the Voting Rights Act of 1965, are one of the greatest social revolutions in modern American history.

Rosa Louise Parks was nationally recognized as the “mother of the modern day civil rights movement” in America. Her refusal to surrender her seat to a white male passenger on a Montgomery, Alabama bus, December 1, 1955, triggered a wave of protest December 5, 1955 that reverberated throughout the United States. Her quiet courageous act changed America, its view of black people and redirected the course of history.