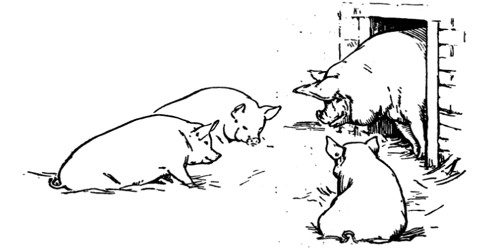 The Rhyming Pigs (An English Tale)

Once, long ago, pigs spoke in rhyme

And their sweet pig language was oh so sublime,

And ducks could play the magic of all kinds, with strings.

And barnyards were full of sweet music and poems

And some little pigs built some very nice homes.

One day three little pigs set off into the world to seek their fortune.

The first little pig was strutting along when he came upon a man carrying a bundle of straw.

“Please,” said the first little pig, “give me your straw.”

Well, in those days men were always generous to animals, so that man gave the little pig his straw. And the first little pig built himself a little straw house.

Wolf came to the door and called, “Little pig, little pig, let me come in.”

The first little pig did not trust Wolf, and so he said, “Stop all your knocking, you’re making a din!”

“Not by the hair of my chinny chin chin.”

Wolf puffed out his chest and said, “Then I’ll huff and I’ll puff, and I’ll blow your house in.”

The second little pig, meanwhile, was walking along when he met a man who was carrying a bundle of evergreens. “Please, man, give me those evergreens to help me build a house.”

The second man was just as generous as the first man and gave the little pig his bundle, and the second little pig built himself a house of evergreens.

Just as he finished, Wolf came along and said, “Little pig, little pig, let me come in.”

“Not by the hair of my chinny chin chin!”

And Wolf huffed and he puffed, and he blew that house of evergreens right in, and he ate up the poor second little pig.

Now the third little pig was walking along when he met a man carrying a load of bricks. “Please, man,” he said, “give me your bricks to build a house.”

The third man, who was just as generous as the first two, gave that little pig his bricks. The third little pig worked hard and built a big sturdy house with those bricks. Just as he sat down to enjoy a meal, he heard a knock on his door.

Wolf huffed and he puffed, but he could not blow that brick house in. When he realized the problem, he said, “Little pig, little pig, I know where to find fresh turnips to eat!”

“Hmmm,” said the third little pig. “Where? Please tell me where.”

Well, the third little pig woke at 5 the next day and dashed to Mr. Smith’s field. He gobbled up those turnips and raced home.

Well, Wolf was angry, but he thought a while and said, “I know where there’s an apple tree.”

“At Merry Garden,” Wolf said. “I’ll pick you up at 5 and we’ll pick some apples together.”

Well, the next morning at 4, the third little pig hurried on his little pig legs to the apple field. He had to climb a high tree, and he was just climbing down when he saw Wolf coming. You can imagine how afraid he felt.

The third little pig threw that apple so far that while Wolf ran to pick it up, he jumped down and dashed home.

The next day Wolf came again and said, “Little pig, there’s a fair at Shanklin this afternoon. Will you accompany me?”

So Little Pig left home at 2 and arrived at the fair and bought a butter churn, and as he was skipping home, he saw Wolf coming. He climbed into the churn to hide, but as he did, it turned around, and it rolled down the hill right toward Wolf, and Wolf was so afraid, he ran all the way home.

The next day Wolf went to the little pig’s house and said, “A great big rolling churn almost flattened me flat.”

“Hah, that was me, Wolf,” the little pig laughed. “And I guess that’s just about that.”

Well, that made Wolf furious. “I’m going to climb down your chimney!” he cried.

The little pig smiled, and he went to the fireplace and built a big, blazing fire. He set a pot of water on that fire. And just as Wolf was coming down the chimney, the little pig took the cover off, and Wolf fell right into the pot of boiling water.

The third little pig lived happily ever after, but he seldom had a chance to speak in rhyme, which is probably why you haven’t heard pigs speaking in rhyme ever since that time. 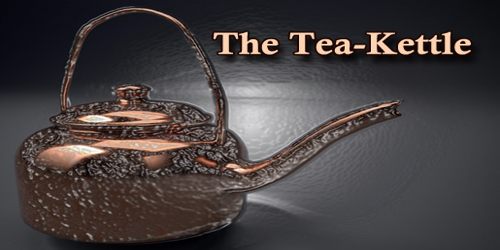 Little Boy’s Love For His Family 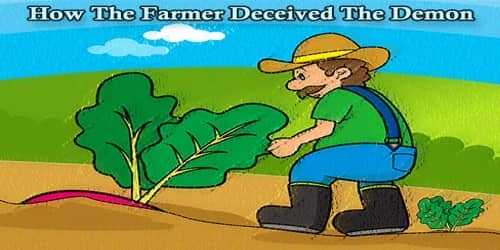 How The Farmer Deceived The Demon 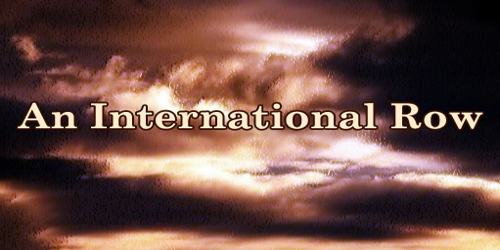