The principle behind a large portion of contemporary electronic and computing technology is to alter the electrical conductivity of semiconductors by adding chemical impurities, or flaws. Then, various combinations of these modified materials are used to create the transistors and diodes that serve as the foundation for digital computing.

The basic information storage units of quantum computing, known as qubits, can be created by introducing defects and particular atoms to materials. In fact, certain quantum information technologies are built on this same principle.

The Illinois Quantum Information Sciences and Technology Center member and professor of mechanical science and engineering Gaurav Bahl is looking at how unique non-linear qualities in manufactured materials can accomplish comparable functionality without the requirement for intentional flaws.

As his research group reports in their article “Self-Induced Dirac Boundary State and Digitization in a Nonlinear Resonator Chain” published in Physical Review Letters, a metamaterial can change its functionality on its own depending on the power level of the input.

An artificial system called a metamaterial imitates the behavior of actual materials formed of natural atoms. The scientists created a whose behavior is comparable to a unique class of semiconductor known as a Dirac material.

It was made up of a series of magnetic-mechanical resonators, where the magnetic interactions behaved like the bonds that hold atoms in a one-dimensional crystal together. When any of these “atoms” underwent mechanical excitation, which involves periodic movement, the excitation diffused throughout the crystal in a manner similar to how electrons are injected into a semiconductor.

In photonics and electronics, nonlinear properties like this could be engineered to form the foundation of new computational systems that don’t rely on the conventional semiconductor approach.

After proving that mechanical excitations cannot pass through a perfectly uniform Dirac metamaterial, just as electrons cannot go through an insulating semiconductor, the researchers added a particular set of nonlinearities to the system.

The resonance energy of the magneto-mechanical atoms could be subtly changed thanks to this new characteristic, which increased sensitivity to the level of mechanical stimulation. Depending on how powerful an input was provided, the researchers saw a fast change from insulating to conducting behavior with the appropriate nonlinearity.

This fascinating behavior was caused by the sudden emergence of a new limit where the effective mass of the mechanical excitation, a non-visible internal characteristic of Dirac materials, underwent a sign change depending on the excitation intensity.

The discovery that this limit was followed by a new state that “popped in” at the boundary and permitted input energy to transfer through the substance shocked the researchers. This result closely resembled the behavior of a defect atom in a semiconductor.

“In photonics and electronics,” Bahl said, “nonlinear properties like this could be engineered to form the foundation of new computational systems that don’t rely on the conventional semiconductor approach.”

The regularity of the material is disrupted whenever we introduce defect states and unusual atoms, which may have various unfavorable consequences. The Dirac mass employed in this work is one example of a material in which a defect state can be created on demand through an unseen feature.

This material has important implications for quantum information systems since it offers to build qubits dynamically where they are needed.

Finding or creating actual materials based on natural atoms that can reproduce this phenomenon will be the next difficult task. 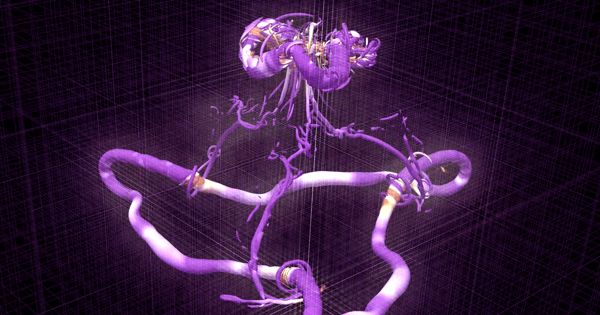