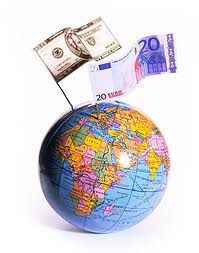 ILC means L/C within the same country. This type of L/Cs is opened when seller does not believe the buyer though they are in the same country and also in the cases where the sales contract is of a big amount. ABBL has couple of ILC.

The settlement of local bills is done in the following ways –

Payment is given to the customer on either by collection basis or by purchasing the document.

A LBPD Register is maintained to record the acceptance of the issuing bank. Until the acceptance is obtained, the record is kept in a collection register.

5.8.2 modes of payment for export bills under L/C

Broadly payment methods under a L/C are as follows-

I) SIGHT PAYMENT CREDIT: In a Sight Payment Credit, the bank pays the stipulated sum immediately against the exporter’s presentation of the documents.

II) DEFERRED PAYMENT CREDIT: In deferred payment, the bank agrees to pay on a specified future date or event, after presentation of the export documents. No bill of exchange is involved. In UBL, payment is given to the party at the rate of D.A 60-90-120-180 as the case may be. But the Head office is paid at T.T clean rate. The difference between the two rates us the exchange trading for the branch. Another two types come under the same heads. These are as follows-

When export L/C is transmitted to the bank for advising, the bank sends an Advising Letter to the beneficiary depicting that L/C has been issued.

Test key arrangement is a secret code maid by the banks for the authentication for their telex massage. It is a systematic procedure by which a test number is given and the person to whom this number is given can easily authenticate the same test number by maintaining that same procedure. ABBL has test key arrangements with so many banks for the authentication of L/C messages and for transfer of funds,

Pre-shipment investment is finance, allowed by a Bank to an exporter, to meet the cost up to the shipment of the goods to overseas buyer. The purpose to the investment is to purchase Raw materials or finished goods or manufacturing processing. Packing and transporting the goods.

There is a fine gap between export of the goods and realization of the proceeds. So exporter may require finance in that period to continue his business. So bank may finance against export documents ensuring the following:

c.   Party’s past performance is satisfactory.

d.   Any other security in case of export under contract.

In terms of export policy order 1997-2002 of exchange control Manual Bangladesh Bank, produces of export bills must be repatriated within a maximum period of four months. This is period may be extended by Bangladesh Bank on reasonable grounds, it has already been pointed out that side by emphasis has also been given on settlement of the foreign buyer’s claims arising out exports, as quick settlement of export claims is an indirect incentive to the overseas buyer for our products. If the buyer becomes reluctant to accept discrepant documents without discount. like may allow discount on the request of the exporter, if discount is less than 10% of the export value, subject to post facto approval from export promotion Bureau. If the discount is more than 10% prior approval is required is required. Foreign commission, brokerage or other trade charges related to export might be allowed up to 5% without Bangladesh bank permission, but for more than 5%, permission is required. In case of export of books, journals, and magazines, 33% discount id allowable. Export claim may be deducted from the bill value or may be remitted against claim after full realization of the export proceeds. 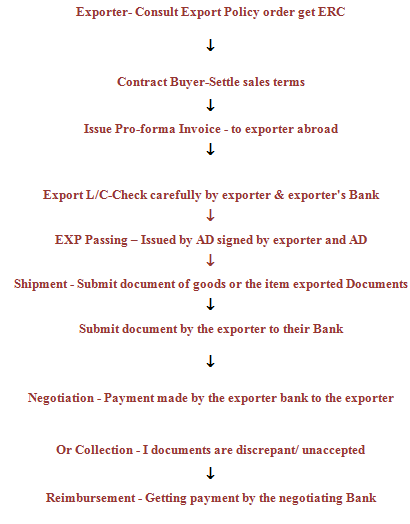 Remittance means sum of money remitted from one place to another. We send money from one place to another through post office, Banks etc. When money is transferred from one country to another then it is called foreign remittance. In all respect ABBL follows exchange control manual published in I986 by Bangladesh Bank.  Respect of foreign remittance we are to follow that manual and circular time to lime from circulated Bangladesh Bank.

Inward: Inward remittance means remittance received from foreign countries or abroad.
Outward: When foreign currency transferred from home country to other country them it is called foreign outward remittance.

Foreign currency A/Cs under WES which plays a vital role on our all foreign exchange are opened by Bangladesh Nationals serving and earning abroad having income from sources other than Bangladesh (FCAD, FCAP, PC AY, RCADM). It is noted that current A/C also plays a vital role in foreign business.

8)   Signature cards due and both A/C holder and nominee etc.

Inward remittance coining in to our country from other countries financed by the purchases of freely convertible foreign countries by A/D defeat to non Resident Thana A/Cs of foreign banks.

Outward remittance include sale of Foreign Currency by T.T, M.T, Draft, T.C or in cash for private, official and commercial purpose.

a)        Any Bangladeshi Nationals who want to travel can remit/bear foreign currency up to a minimum limit fixed by Bangladesh Bank from time to time.

d)        Medical treatment and other purposes having Bangladesh Bank permission.

e)         Bangladeshi Nationals warring abroad can also remit out of balance held in their foreign currency A/Cs against direct remittances.

f)         Foreign Nationals, Diplomatic missions, Embassy, juridical persons etc. Working/ residing in our country may also remit out of the fund already remitted to our country.

g)         Foreign nationals come to our country for visit purpose and on cash foreign currency into local currency may also remit in freeing currency upto maximum limit of his convened amount.

h)         In Foreign National those who are working in our country also remit out of their salary subject to approval of a Bangladesh Bank’ Bangladesh Bank/Bangladesh Govt. (excluding f)

i)          Importers may also allow remitting foreign currency for their import as per import policy of Bangladesh Government.

6.6.3 Papers/ document to be obtained for out ward remittance

b)   Oilier than import T/M form to be filled in.

c)    Permission from Bangladesh Bank if and when required.

d)   Papers regarding on casement when issued foreign travels.

a)  Foreign nationals working in Bangladesh may remit 50% of salary and 100% of leave salary as also actual savings and admissible pension benefits for their family maintenance.

b) Moderate amount of foreign currency for maintenance abroad of family members (spouse, children, parents) of Bangladesh nationals are allowed.

ADs are allowed to remit membership fees of foreign professionals and scientific institutions and fees for application, registration, admission, examinations in connection with admission into foreign educational institutions, supported by demand notice1 or letter of the concerned institution.

ADs may release foreign exchange favoring Bangladeshi students staying   abroad   or willing   to   proceed abroad for   study.   According   to   the following drill :

i.          Application by the student as per prescribed format

The ADs may release up to US$ 10,000 for medical treatment abroad on the basis of the recommendation of the medical board.

a)     The ADs may issue T.C. to foreign nationals without any limit and currency notes up to US& 300 against surrender of equivalent foreign currency.

ADs may release F.C. to the intending pilgrims as per institutions / circular to be issued by Bangladesh Bank each year.

B) Official and business travel / travel quota for new exporter

ADs may release up to US$ 6,000 to a new exporter for business travel abroad against recommendation of EPB.

1. Subject to annual upper limit of US$ 5,000 importers are entitled to a
Business Travel quota @ 1% of their imports settled during the previous
financial year.

2.  Local products are also entitled to a Business Travel quota as above.

Merchandise exporters may retain up to 40% realized FOB value of their export. It is 7.5% for export of goods having high import content.

The banking sector of Bangladesh played an important role towards economic growth of Bangladesh. From the beginning of financial year 2009 Bangladesh Bank took initiatives in reforming financial sector. Steps for prevention of money laundering, loan write off policy and effective measures to gain accountability and transparency made banking operations more acceptable. As a result, the image of banking sector has been elevated. Bangladesh Bank also identified five core risks areas for management of the banks and provided necessary guidelines for implementation. Those are: Foreign Exchange Risk Management, Asset Liability Management, Prevention of Money Laundering, Credit Risk Management, Internal Control and Compliance. This initiative will bring in overall discipline in the sector and enhance operational profit. AB Bank also maintains the rules and procedures impose by BB and try to overcome the adverse situation and contribute in the economic growth of the country.

International trade is one of the important components of the AB Banks foreign exchange business. Major Import finance was in the areas of food items, textiles & scrap vessels among others.

AB Bank Export volume growth was 15.67 percent as the total export reached tk. 76240.77 crore at the end of the year 2009. Export business concentration was in the area of frozen fish, readymade garments, knitwear & other indigenous products.

The volume of foreign remittance in the year 2009 stood at Tk. 2452.33 million as compared to Tk. 1428.46 million in the preceding year registering an increase of 23.74 percent. Because extensive use of the technology along with large delivery has significantly fostered the growth of ABBL remittance business. ABBL has seen a successful year in 2009 in terms of expansion of its remittance business through its correspondent and exchange houses.

INWARD REMITTENCE, RECEIVED DURING THE MONTHLY BASIS FROM THE YEAR 2008 TO 2010

From this graph, it has beeb shown that in 2009 it was the better compare the left two years. As a per month there is a variation from month by month.

The amount of Foreign Remittance is always lower than others and then the Import is higher than the Export. It’s been same as in all the year. The amount of remittance has been increasing year by year but very little. This trend same in Import section as increasing but the amount of Export is been remain same by last two years.

During the last five years, the foreign trade financing of the Bank has witnessed steady growth. The AB Bank Ltd, under Bangladesh Bank’s rules & regulation, try to be more flexible to the clients to increase the profit from the Foreign Exchange year by year. Thus ABBL committed to the clients by their services and it has been proved by their last five years of Foreign Trade profile.