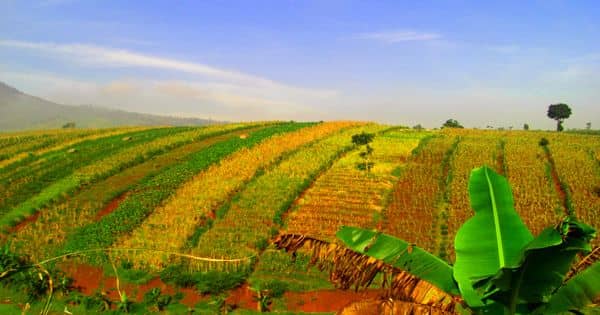 Polyculture is the simultaneous cultivation or exploitation of several crops or kinds of animals. It is a form of agriculture in which more than one species is grown at the same time and place in imitation of the diversity of natural ecosystems. It is an agricultural method also known as mixed cropping. Polyculture is the opposite of monoculture, in which only members of one plant or animal species are cultivated together. For example, the concept of polyculture of fish is based on the concept of total utilization of different trophic and spatial niches of a pond in order to obtain maximum fish production per unit area.

The use of polycultures in agriculture usually referred to as intercropping, is based on the traditional knowledge that carefully selected mixtures of crops are characterized by higher overall yields.

Polyculture has traditionally been the most prevalent form of agriculture in most parts of the world and is growing in popularity today due to its environmental and health benefits. These cropping systems may provide several social-ecological benefits as compared to monocultures, for example, by reducing the risk of total crop failure and by contributing to an increase of nutritional returns to local resource users. There are many types of polyculture including annual polycultures such as intercropping and cover cropping, permaculture, and integrated aquaculture. In adopting polyculture, the farmer dedicates agricultural land to multiple crops or animals at once. 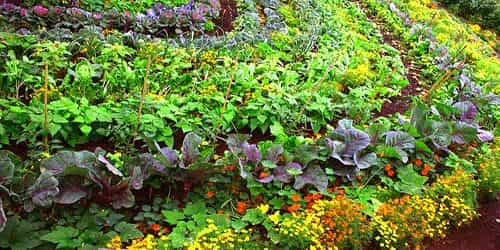 Polyculture is advantageous because of its ability to control pests, weeds, and disease without major chemical inputs. The use of polycultures in agriculture usually referred to as intercropping, is based on the traditional knowledge that carefully selected mixtures of crops are characterized by higher overall yields. As such, polyculture is considered a sustainable form of agriculture. Additionally, there are many advantages associated with a polyculture system as compared to monoculture:

Polyculture crop production minimizes risks and provides stable and quality yields. However, issues with crop yield and biological competition have caused many modern major industrial food producers to continue to rely on monoculture instead.